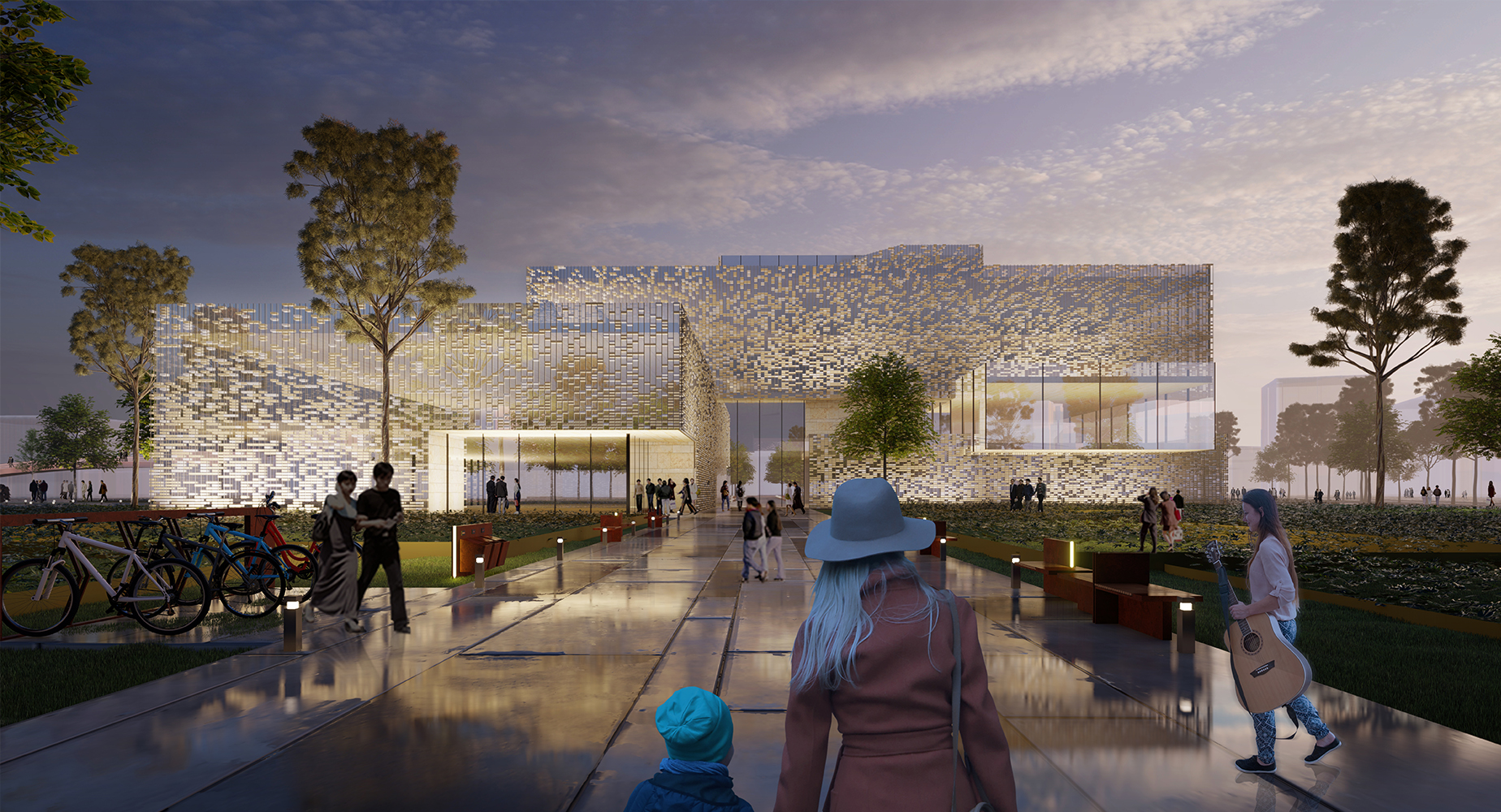 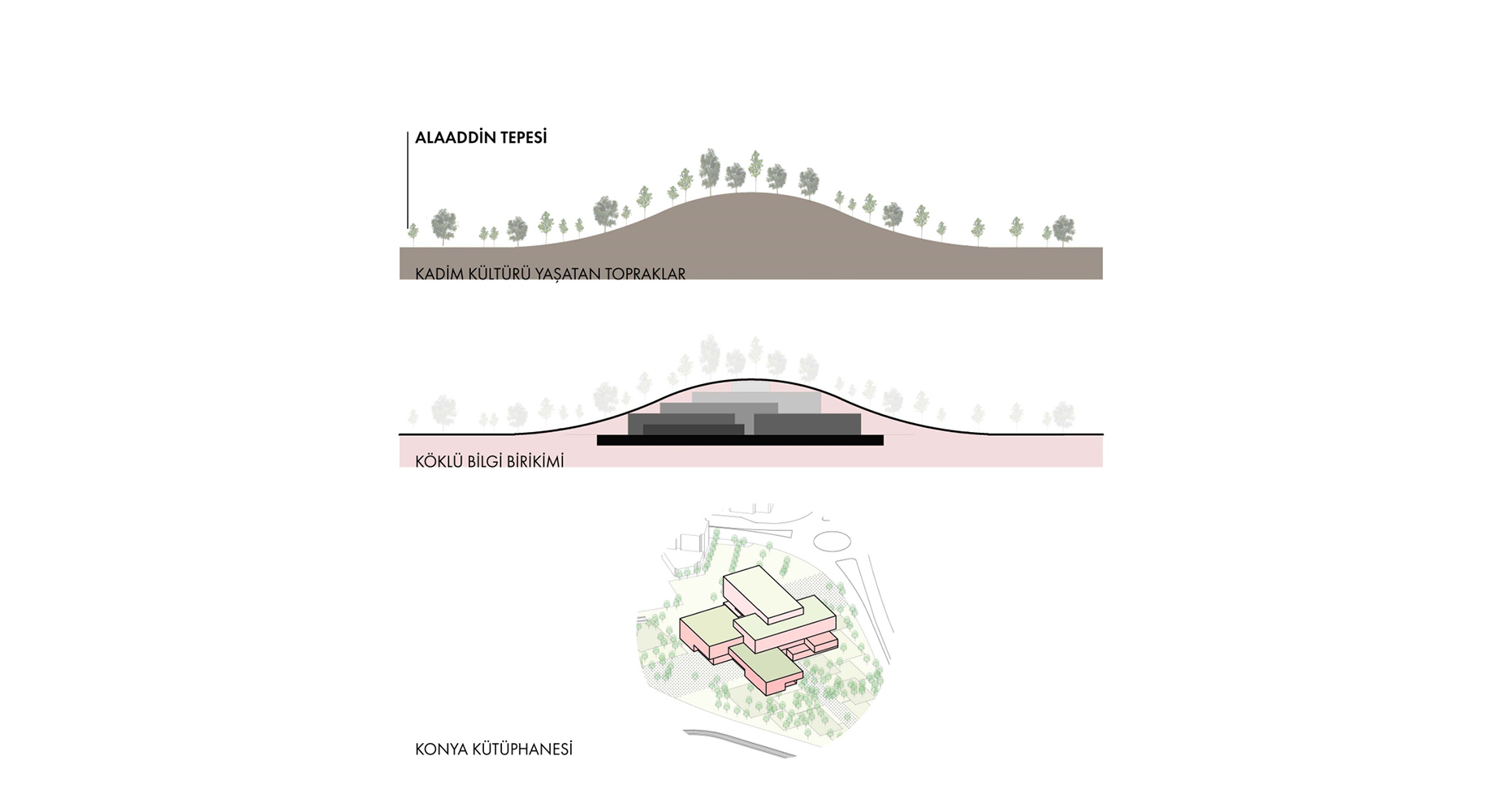 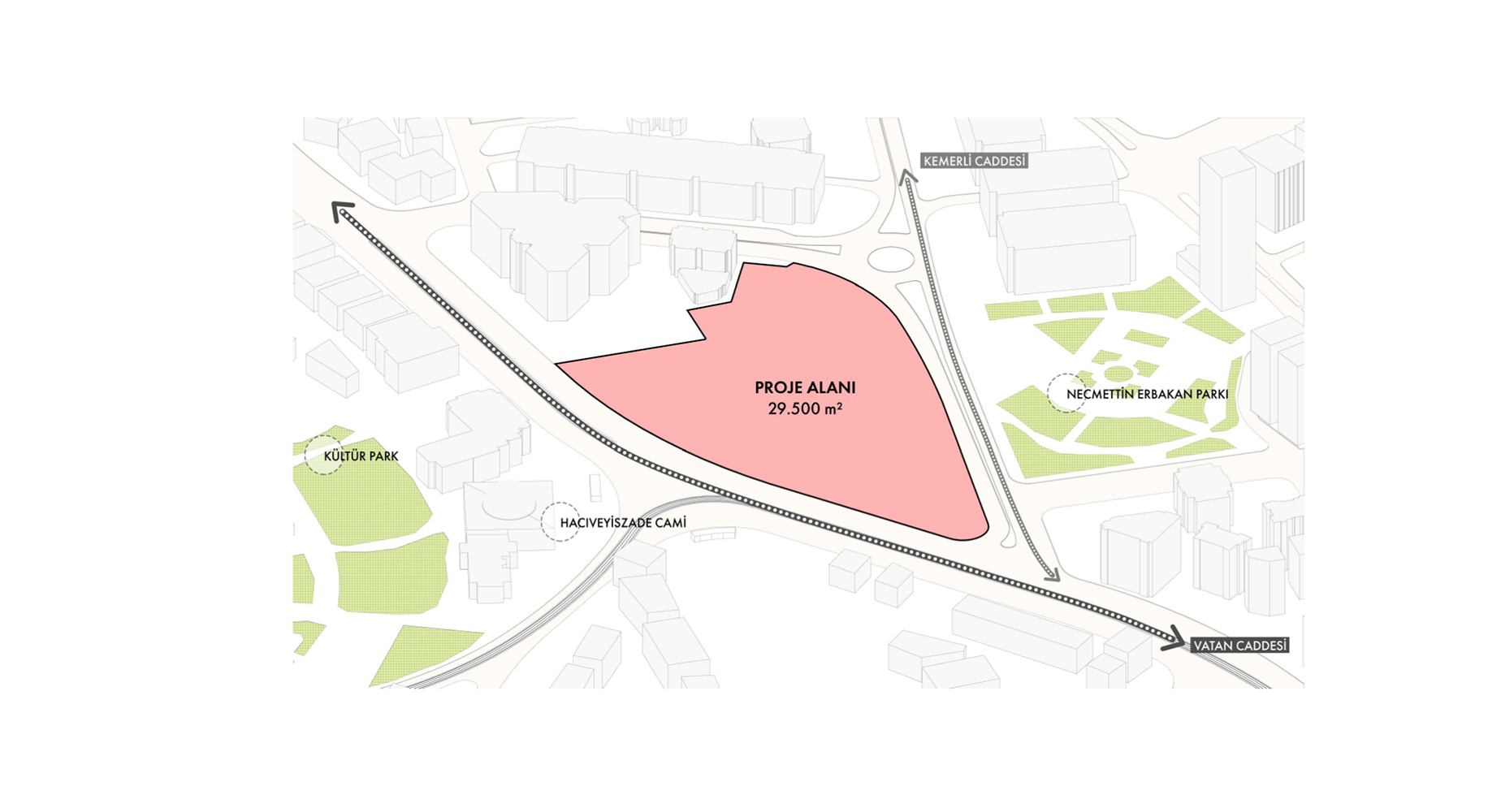 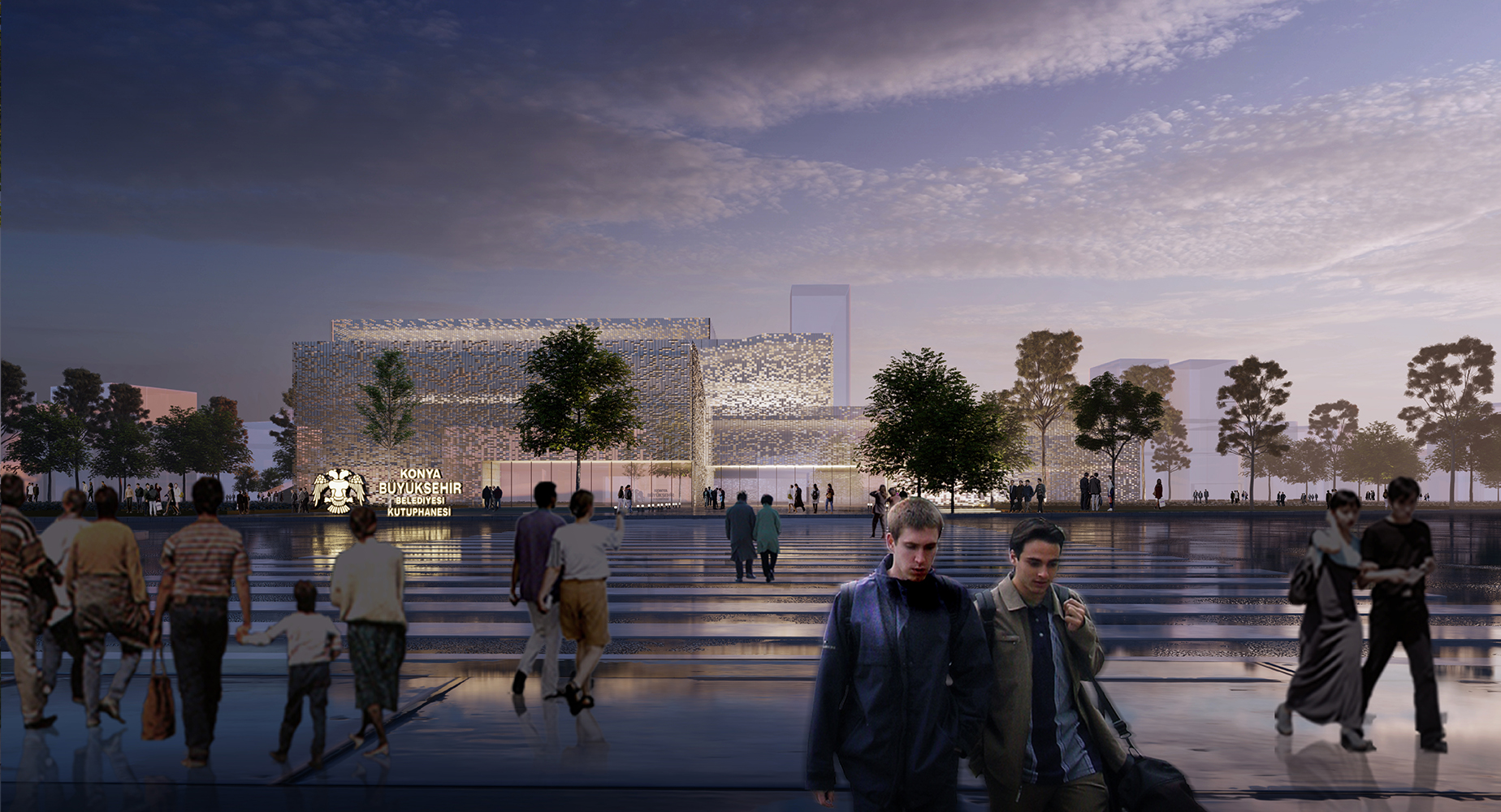 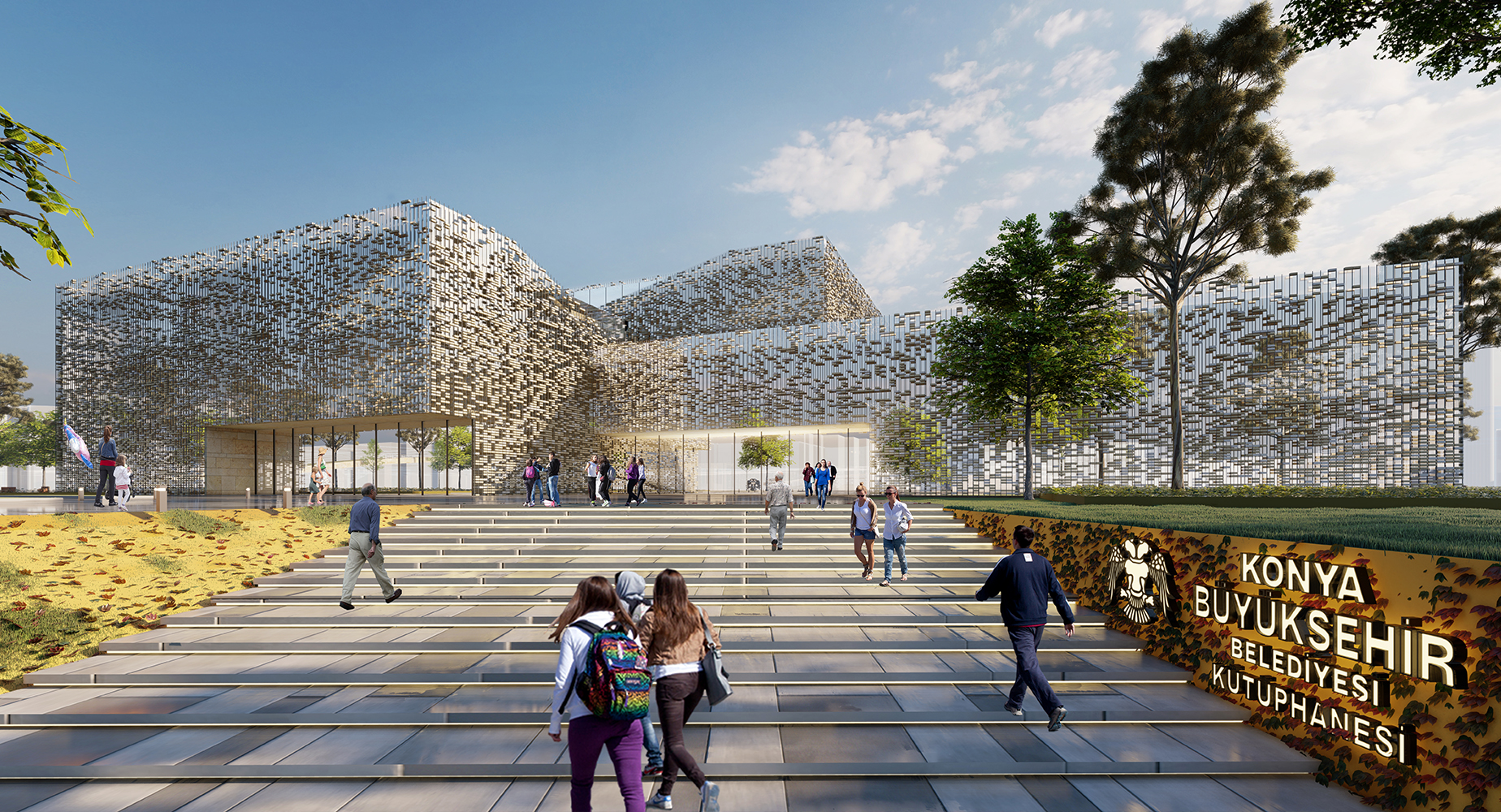 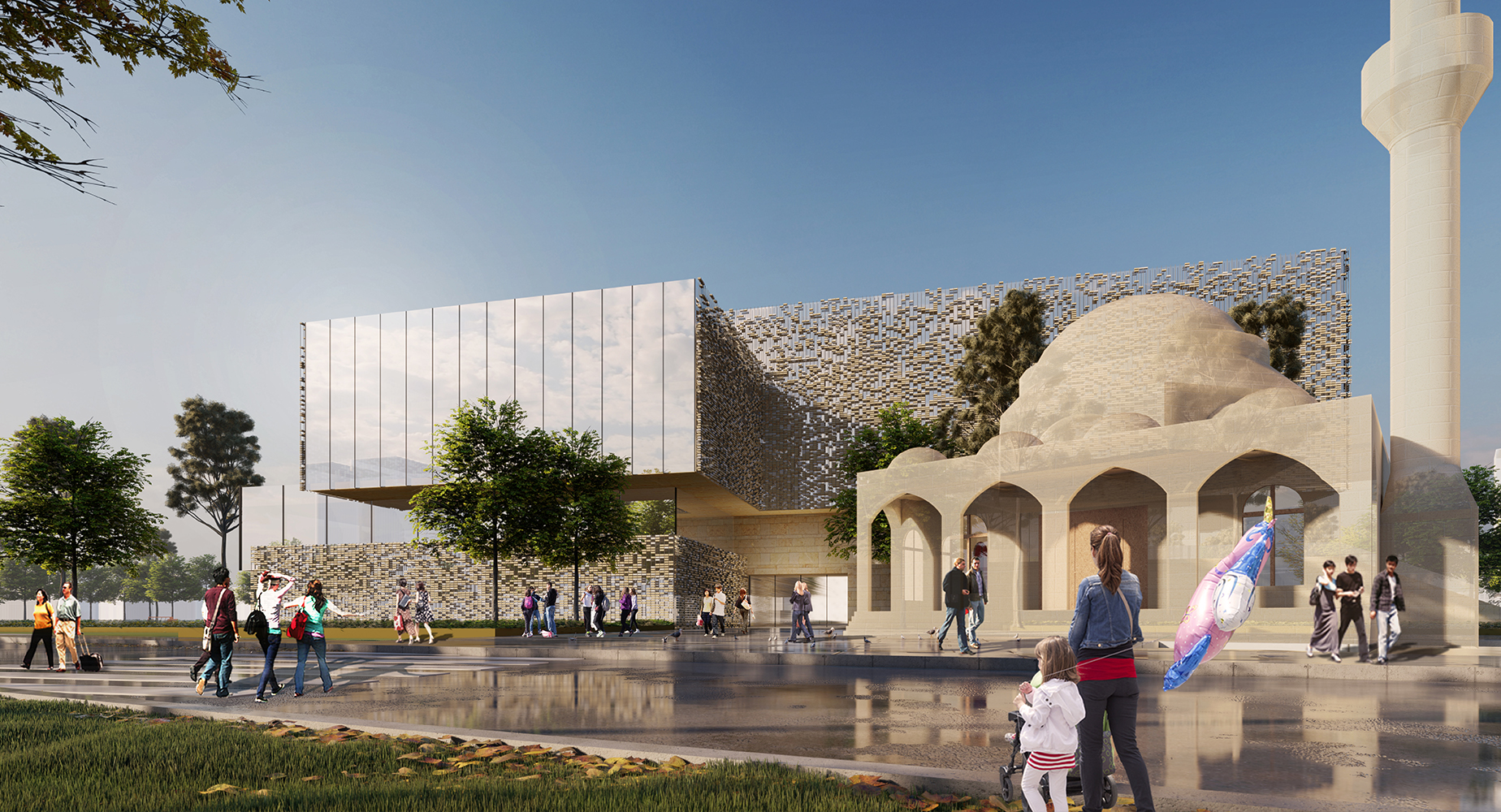 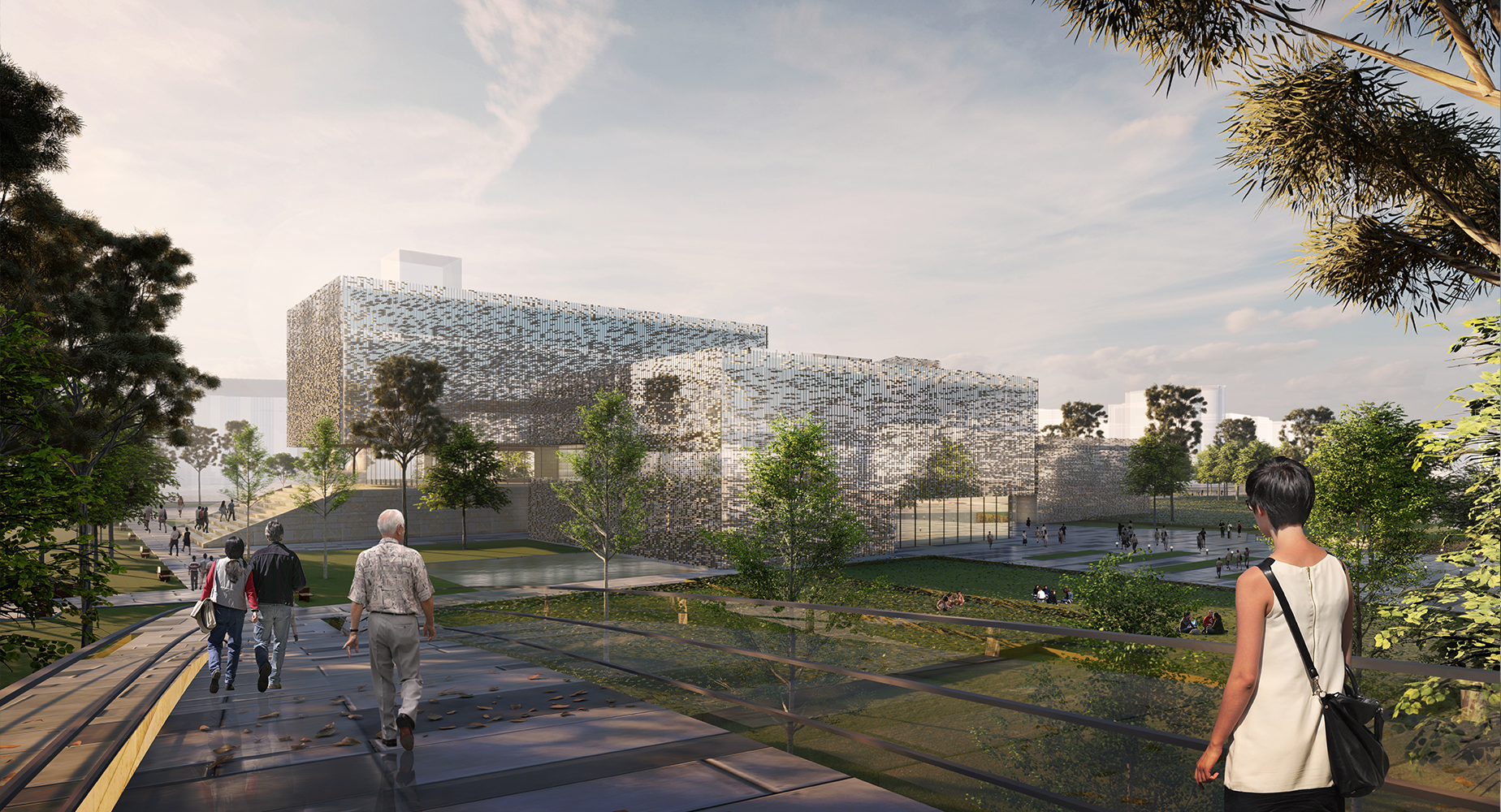 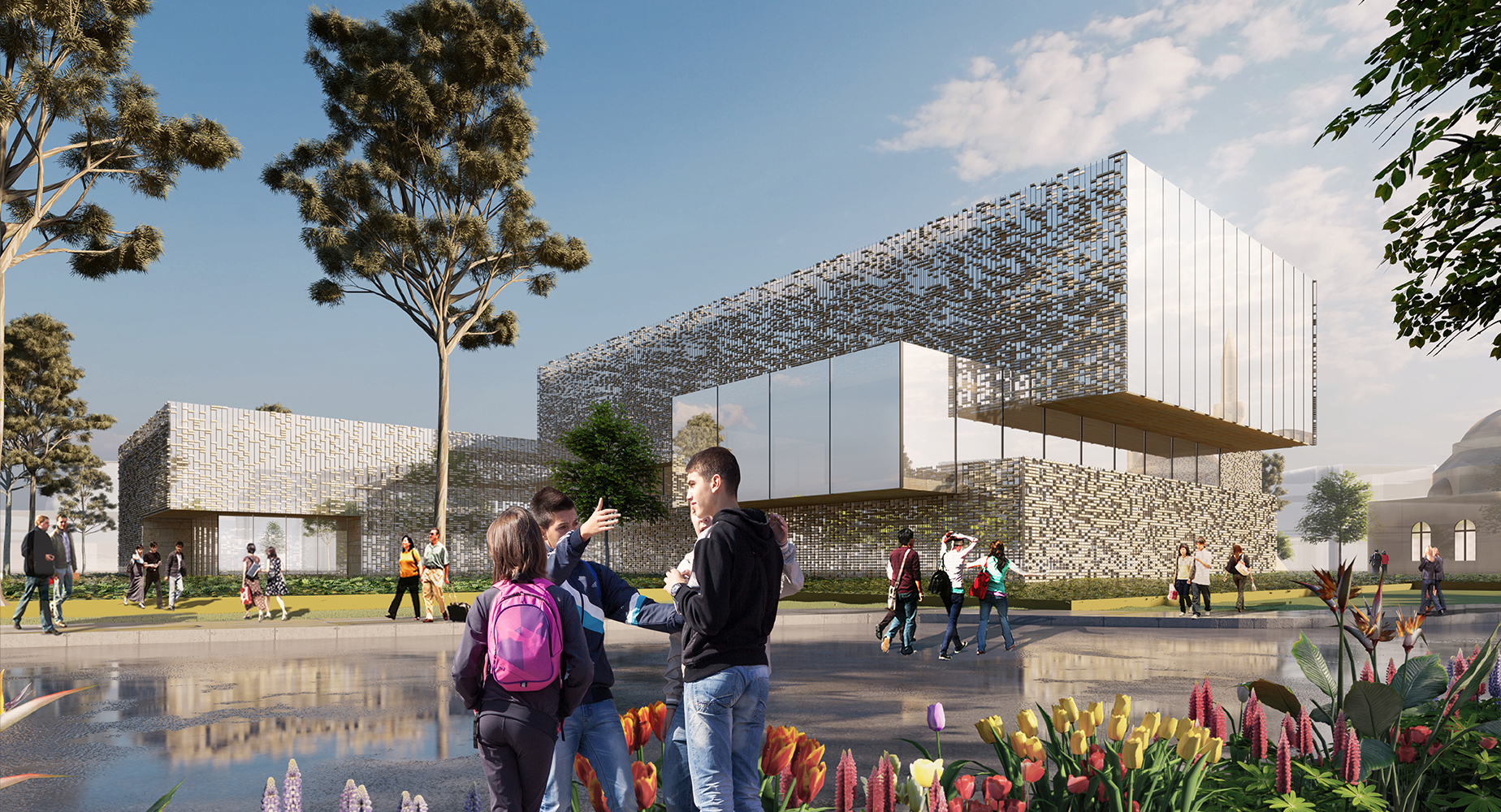 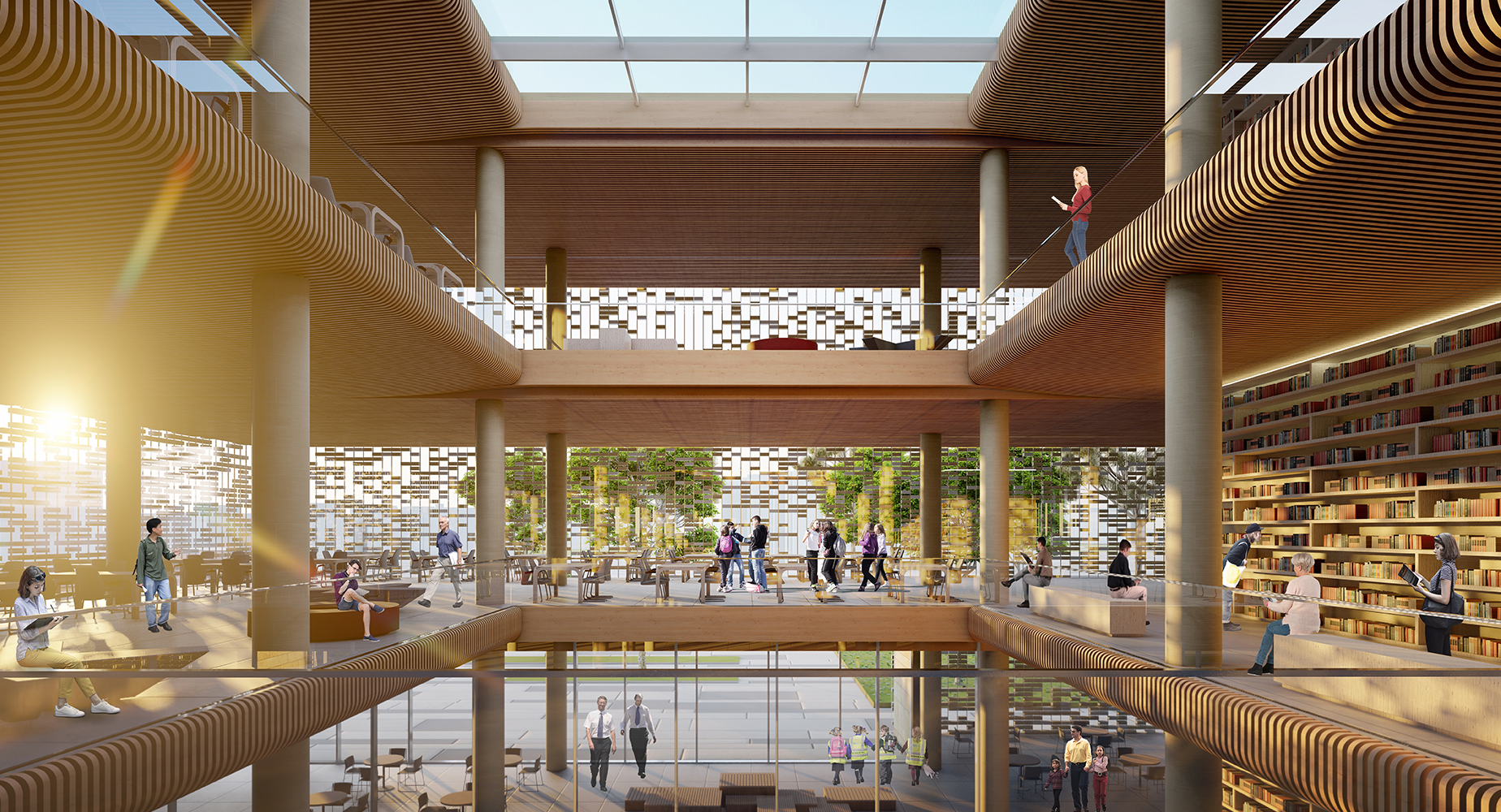 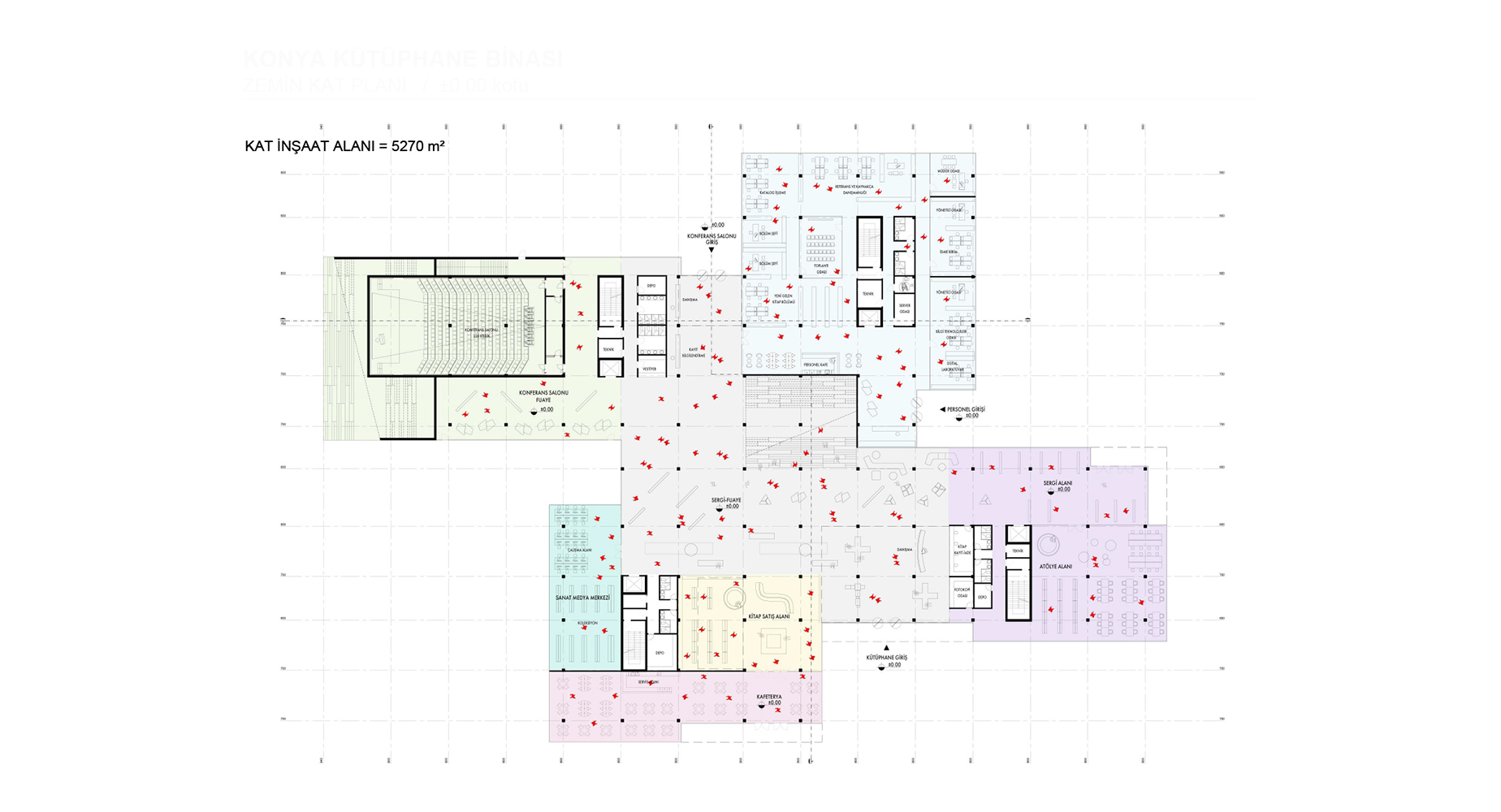 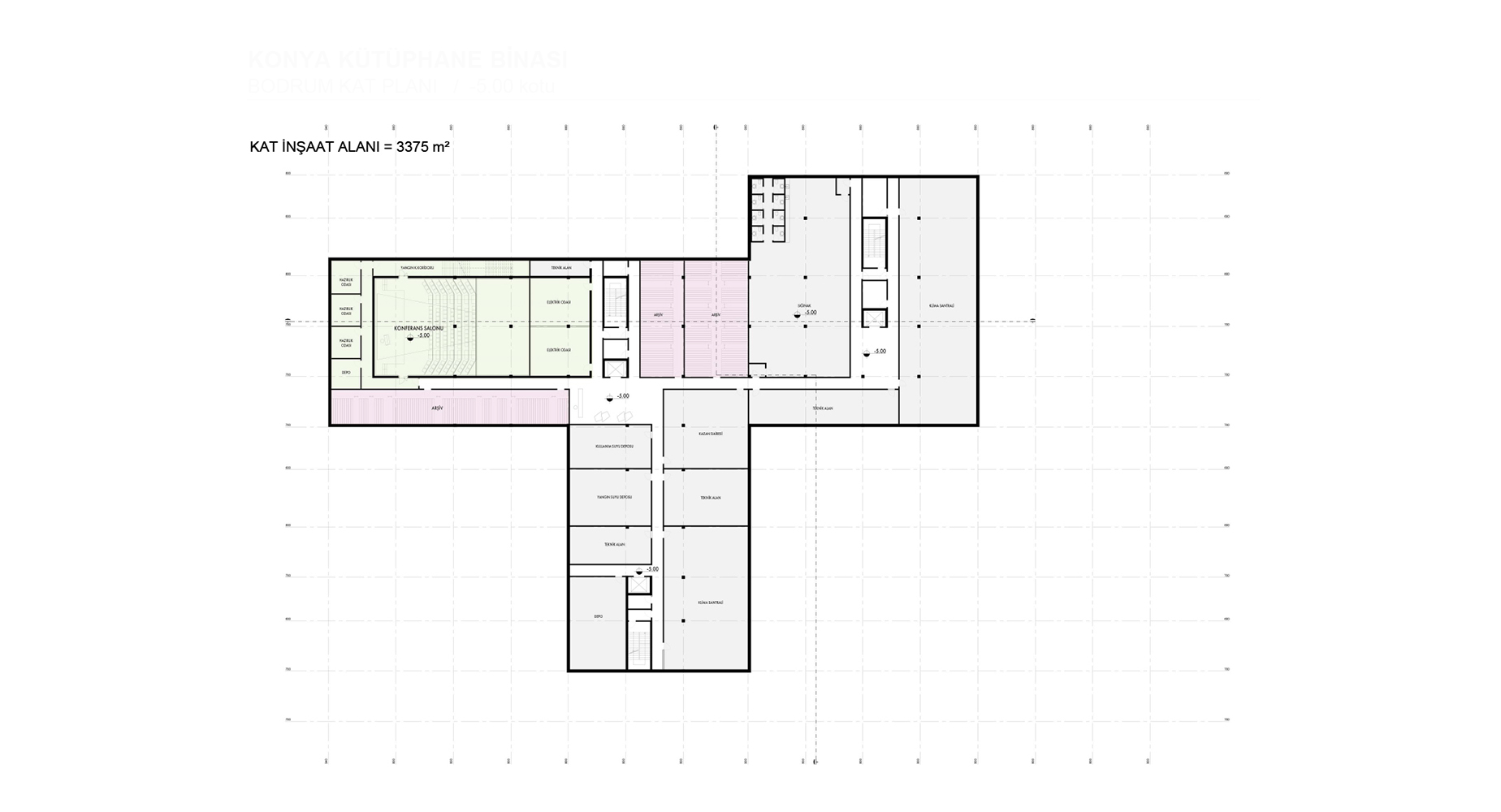 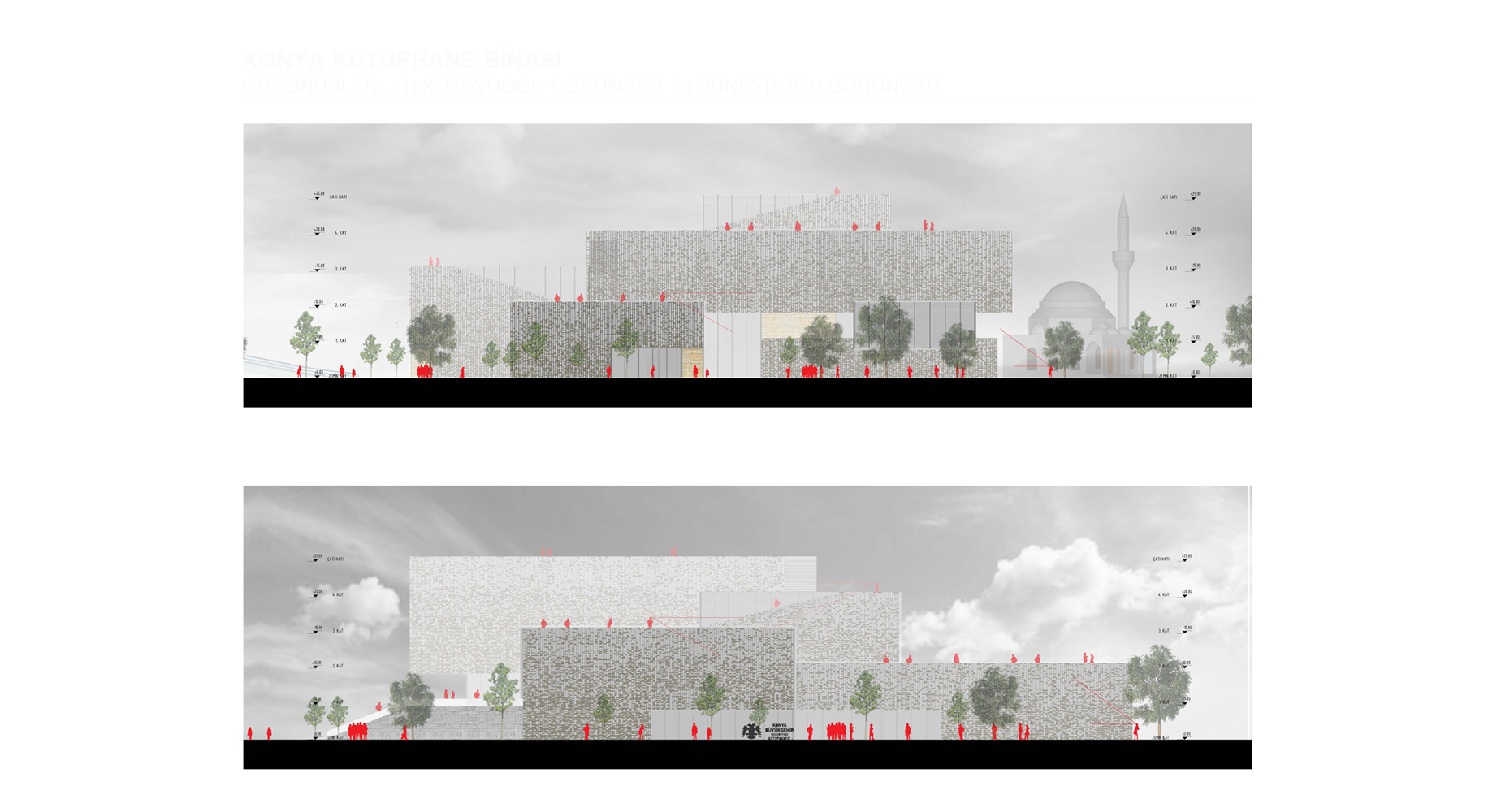 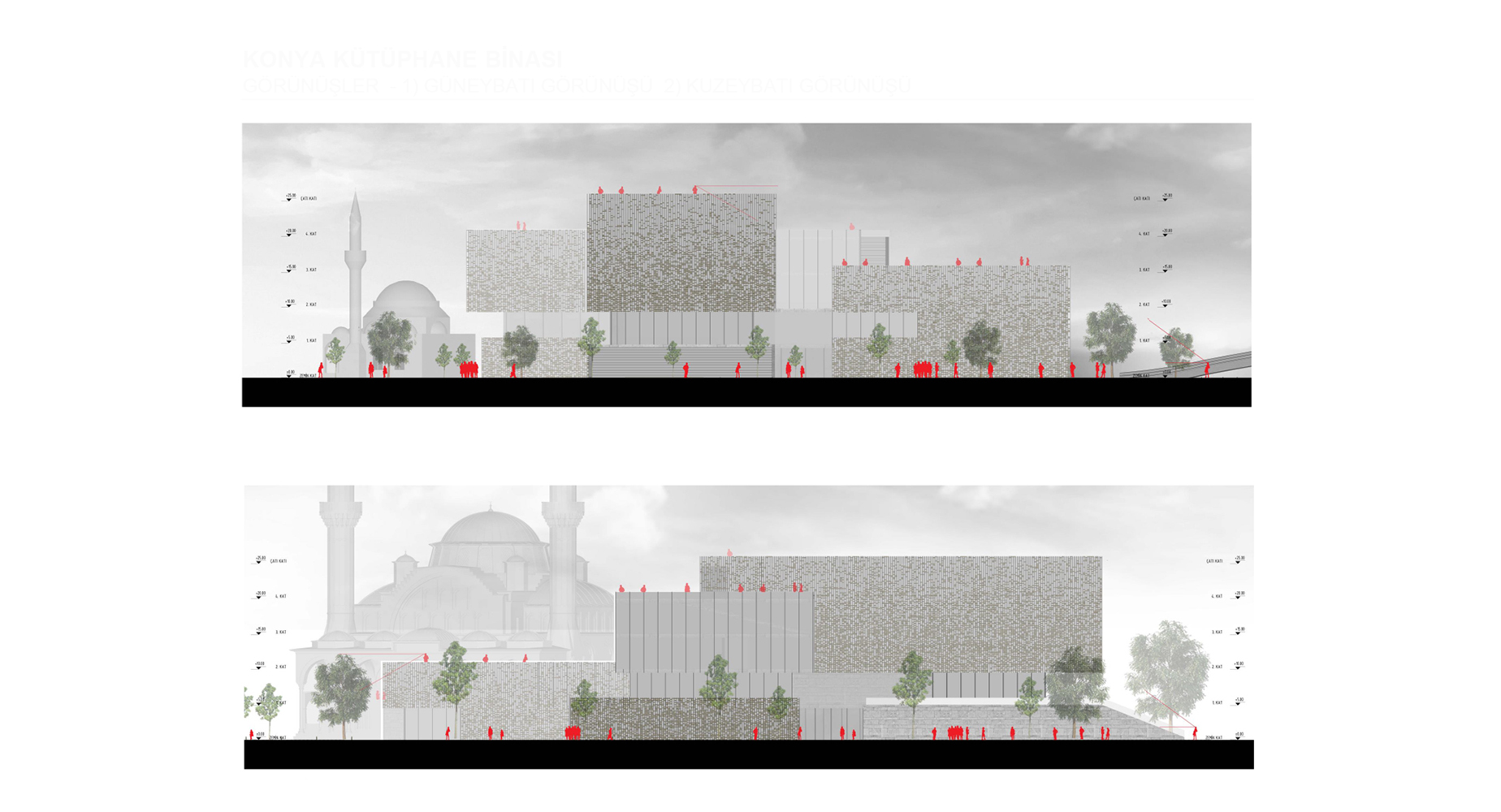 Konya city library is located in a project area that stands out with its central feature in the historical area of ​​the city. The fact that it is in an area integrated with the city focal areas around it is important in the idea infrastructure in the formation of architectural design. Due to the importance of approaches to the building from these focal points around the area, the building has been designed in a way that will center users who will come from different directions.

The different library users in the building program and the different reading and multimedia rooms that will be formed according to these users stand out with the fragmented architectural design of the building. With this fragmented mass design, building terraces were created and it was aimed to intertwine the library structure and urban usage areas in the city center.

The facade texture, which is constructed on the facade of the building and differs in density according to the facade directions, is actually composed of the distribution differences of a brick block.