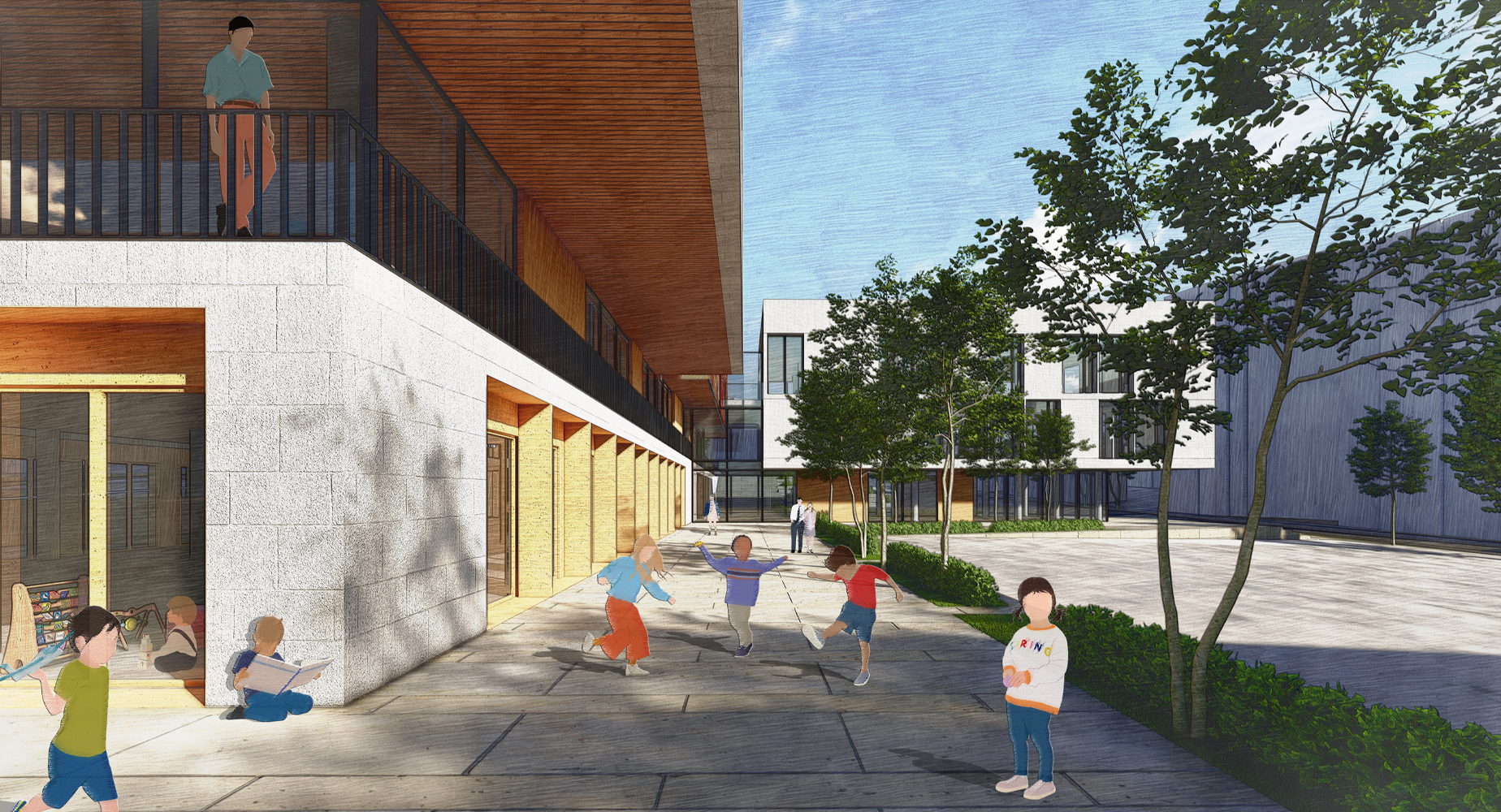 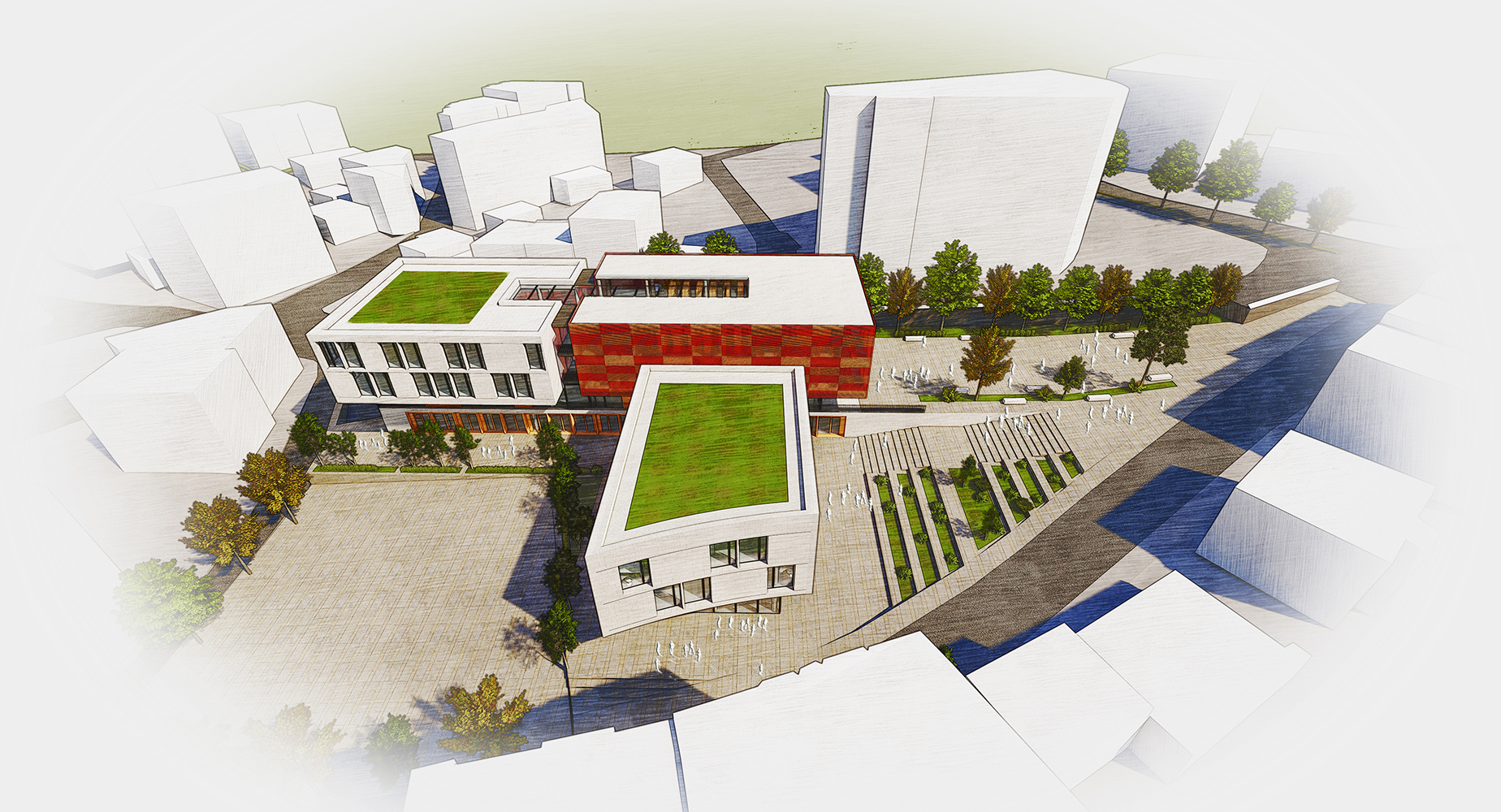 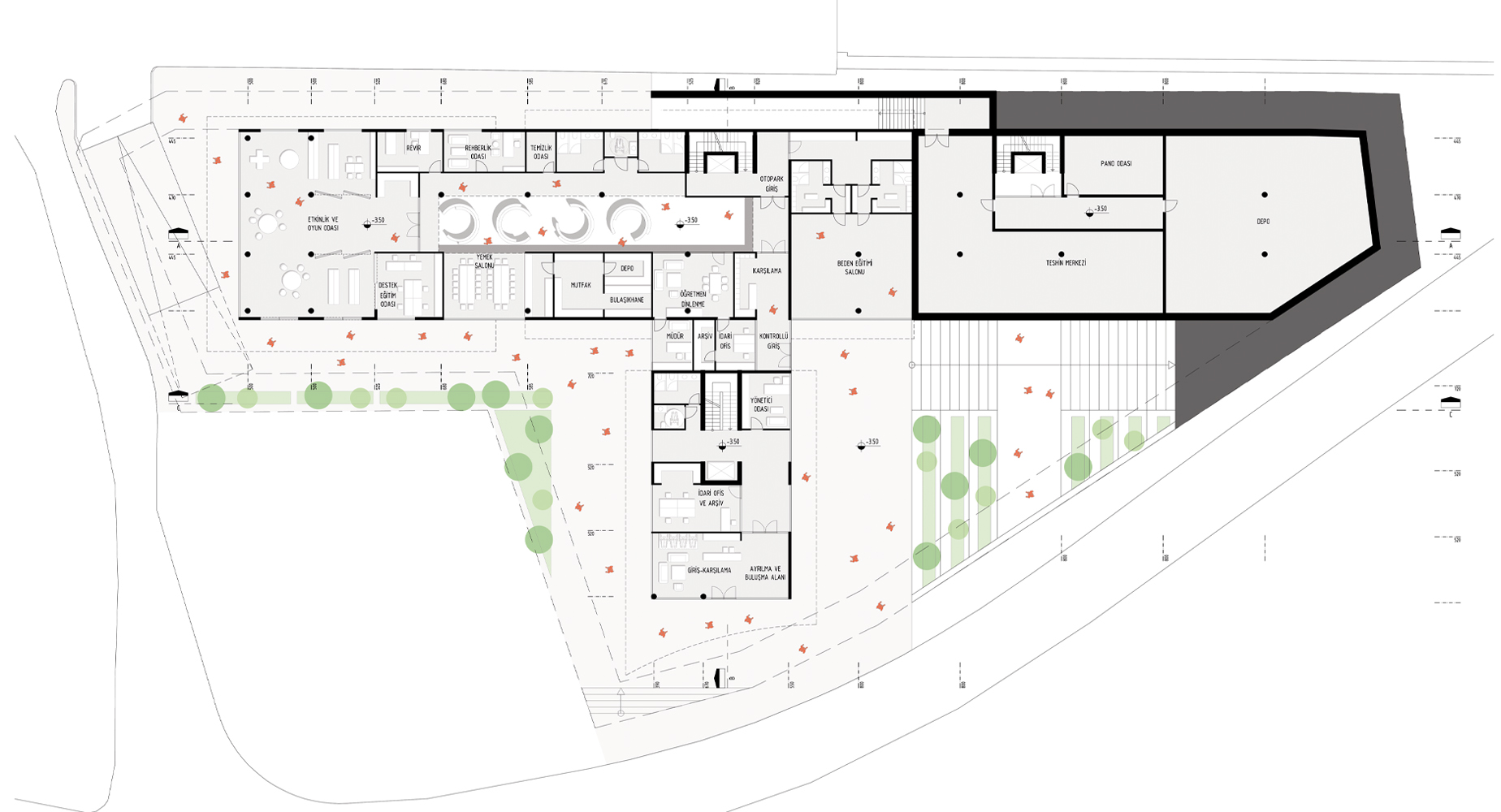 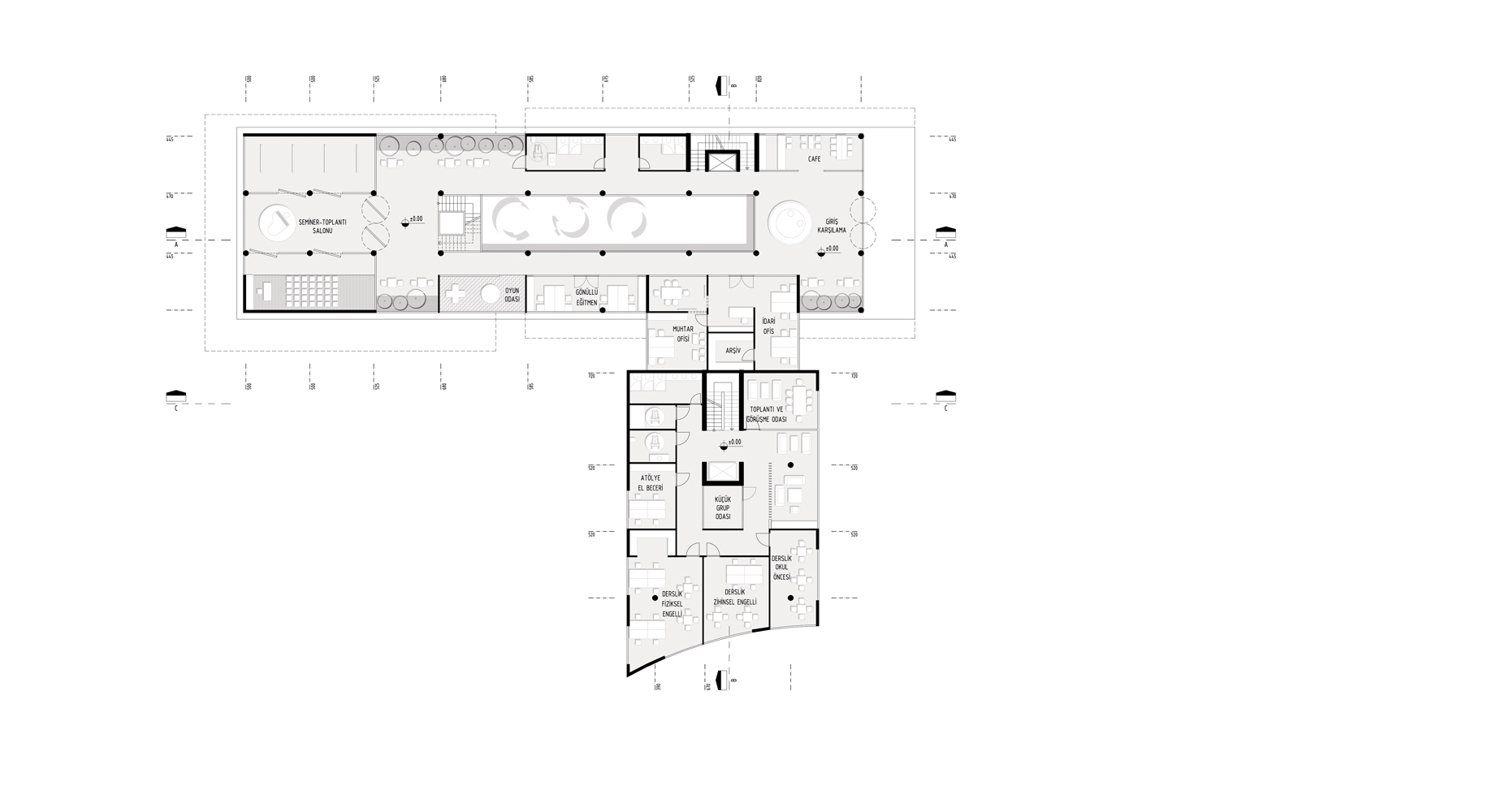 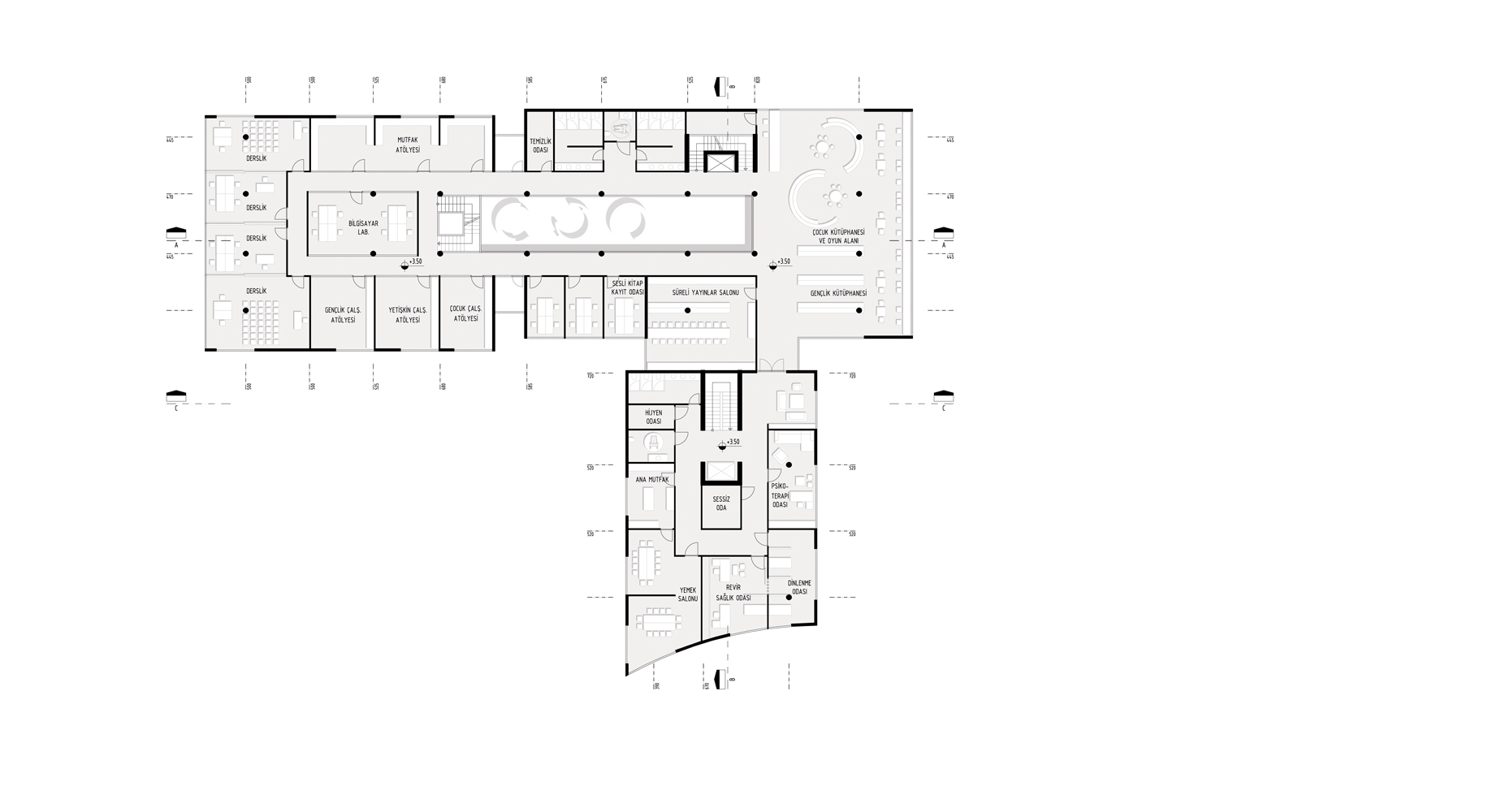 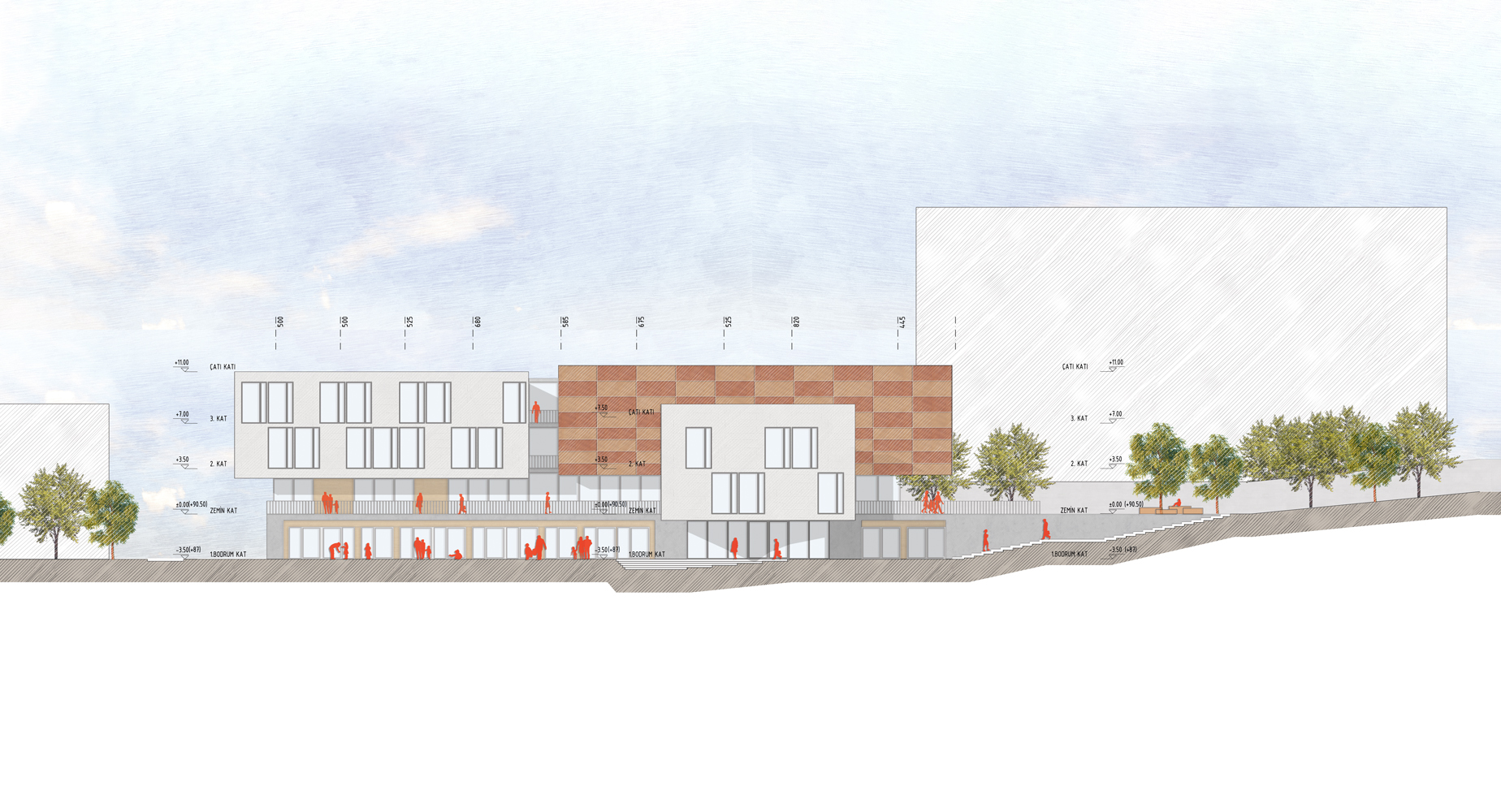 When environmental readings of the project area are made, the first thing that stands out is the fact that the area is surrounded by dense urban fabric and that this periphery does not have a lower town square, which can be considered as the most important meeting areas of cities. In this context, this part of the city that constitutes the competition area has remained idle and could not be included in the city life, and due to the requirements of the security structure in its neighborhood and the security protocols that were requested to be taken into account in the competition project, while it was a little disconnected from the main approach area, Atışalanı Caddesi, it was partially destroyed. Due to the pedestrianized Köyiçi Street, it has lost its value as a focal point.

In this context, while considering the programs that are desired within the framework of the competition and that will be open to the intense use of the public in the most correct way, it has been thought about how we can turn the disadvantages of a part of the city injured due to these reasons into advantages and turn it into a city meeting area. In line with this idea, the first studies were advanced on the topic of how and how a qualified city square / open space / meeting point can be created, considering the density of the building program. Other goals can be counted as protecting the existing trees in the area as much as possible, and using the elevation difference of 4-5 meters throughout the area in a beneficial way. Considering all these components, first of all, the relationship between the building and the square was emphasized and alternatives of open space formations that differentiated with closed area settlements in different scenarios were created. Among the two scenarios that stood out in this direction, it was seen that a settlement parallel to the safety wall and the formation of a square in front of it facing Kırmızılı Caddesi could not establish a healthy relationship with the main street while establishing a relationship with the main street. It was designed to form a square.