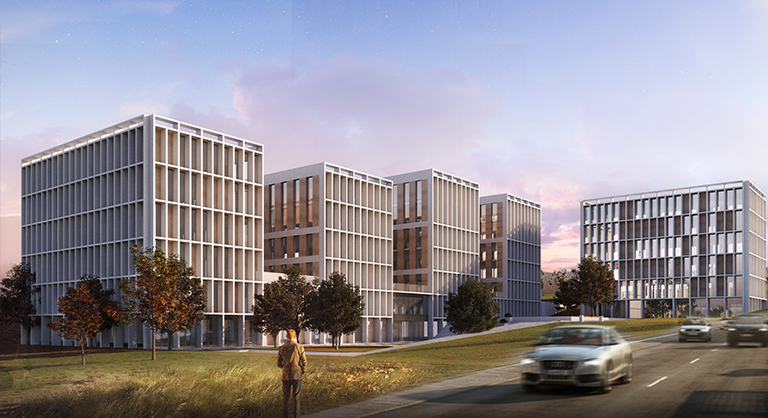 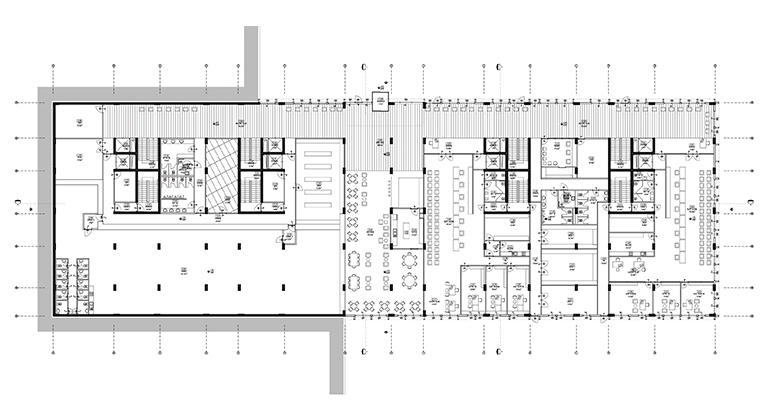 In the office building project of The Military Recruiting Office (ASAL), it is aimed to combine office buildings that have the same function but which are distributed to separate districts throughout Istanbul in a single structure. In this context, these offices, which need areas of the same quality as function and need, have to be analyzed in a single structure. Functional similarities of these separate office spaces were considered as co-towers rising on a base, and common service areas that will serve these office towers were resolved within a baseon the ground floor. From this base structure on the ground floor and first floor, access to office areas that are provided in different blocks. The singular building, which differs from the main-based building, contains administrative offices that are not open to public use. The stages that emerged in the sloping land session of the building were evaluated with qualified landscape elements that will serve the public need and accommodate daily visitors. In the façade approach of the building, a common texture combining the base and tower parts was put forward and a shared office campus was aimed by transferring this texture to the whole.