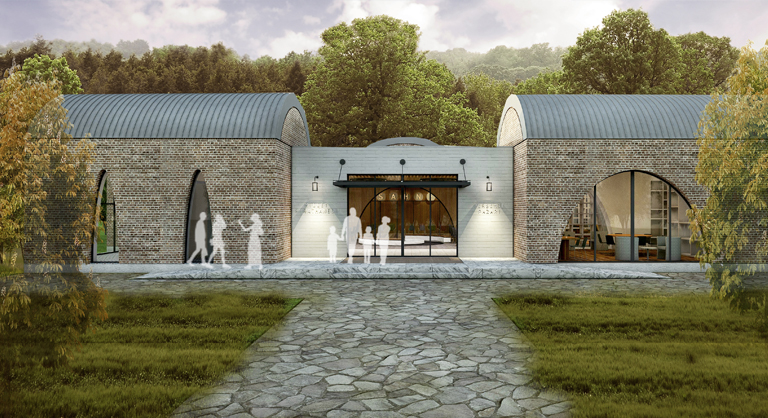 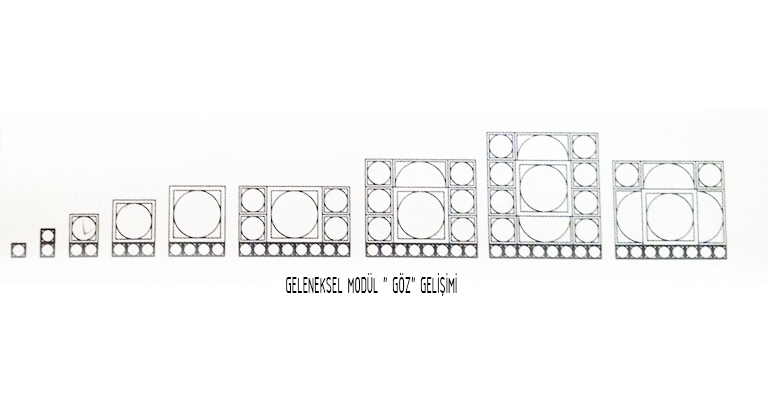 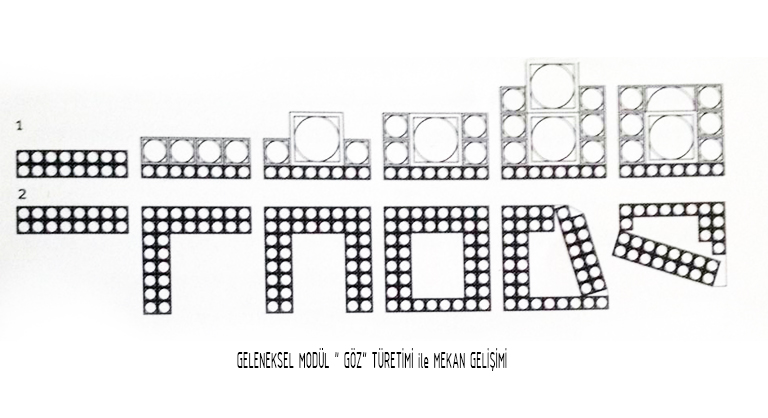 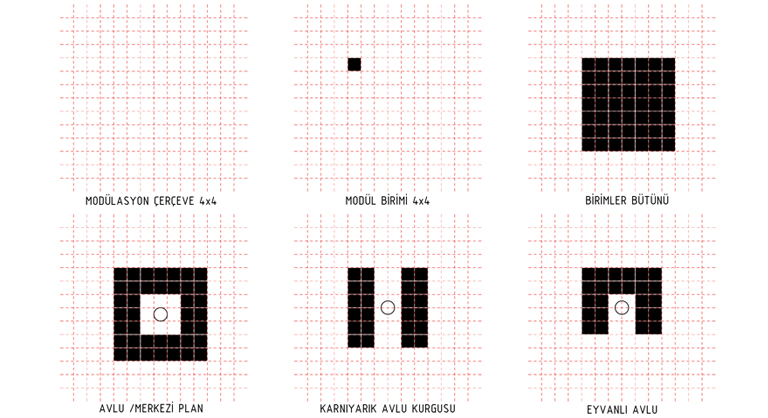 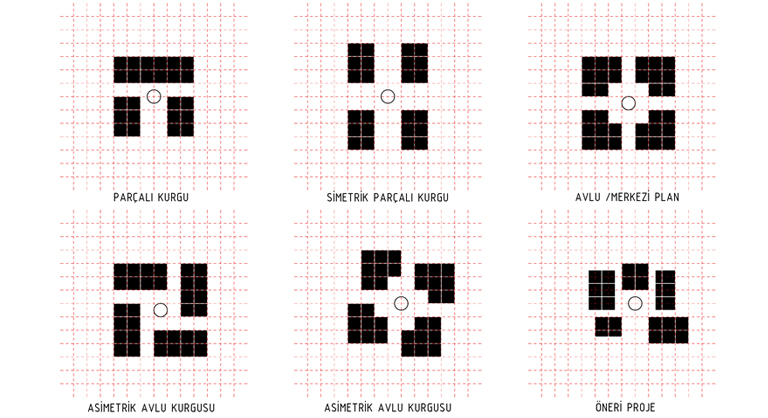 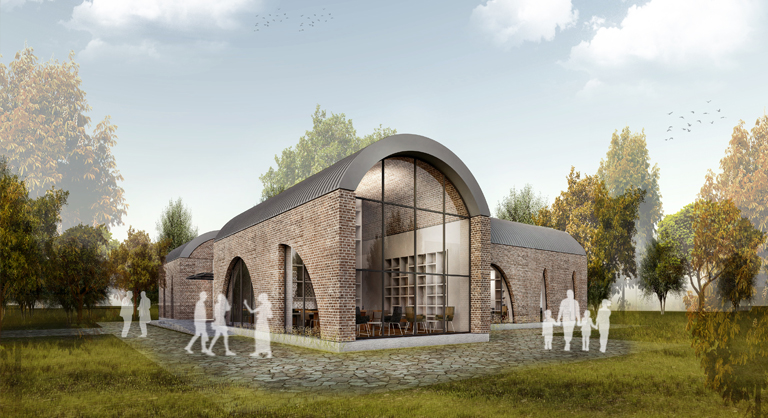 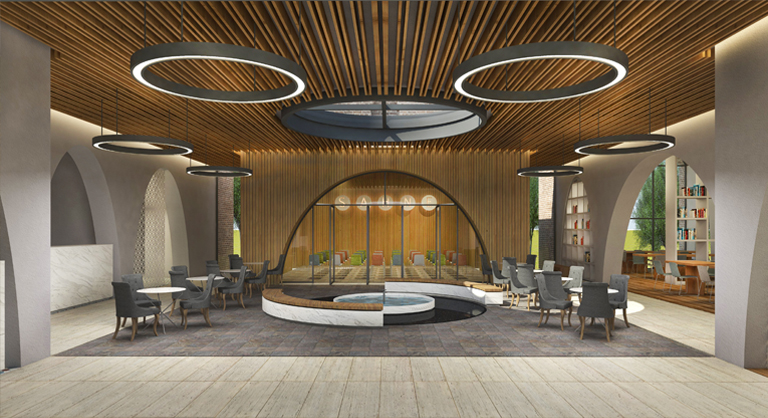 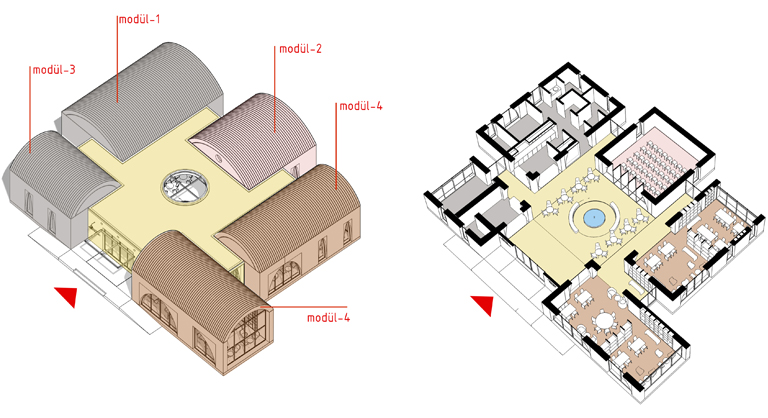 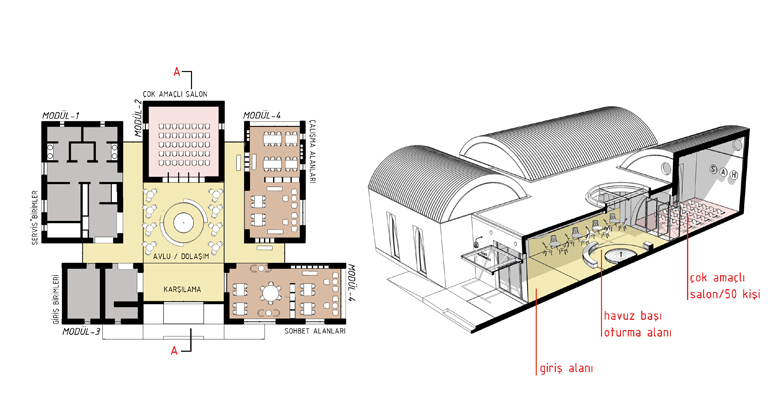 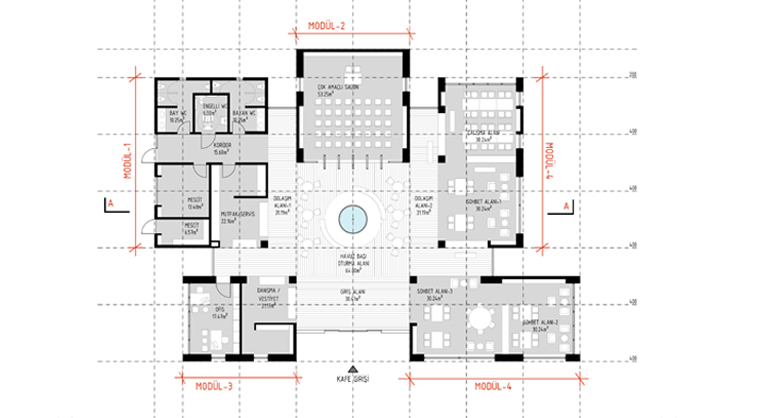 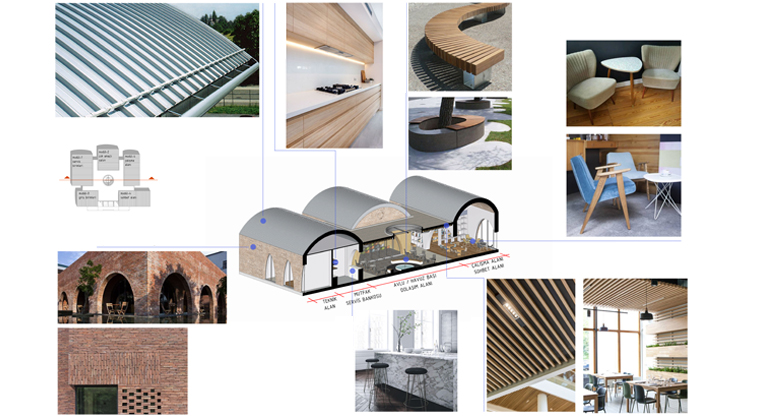 “Millet Kıraathaneleri” is a place where the citizens come together and spend their time in a common area and able to perform different activities together. They act like city-hubs. These hubs host activities on certain topics such as exhibitions, conferences, libraries, chess, eating and drinking functions. All these functions are shaped according to a modulation in the plan scheme. This modulation logic based on the program also provides the basis for the fabrication construction scheme that is considered during the production phase. Modules that vary in different areas of the city according to different needs, are realised by fabrication methodologhy. In this context, the idea of ​​the project is based on the terms “Eye” and “Caravanserai” that is places in the history of Turkish architecture. The ”Eye“ scheme, which is one of the cornerstones of Ottoman architecture, has been considered as a production and derivation tool. While modular spaces derived from these “Eye” form the plan scheme, the arch and vault elements frequently encountered in old caravanserais and complexes are interpreted by interpreting the structure design.