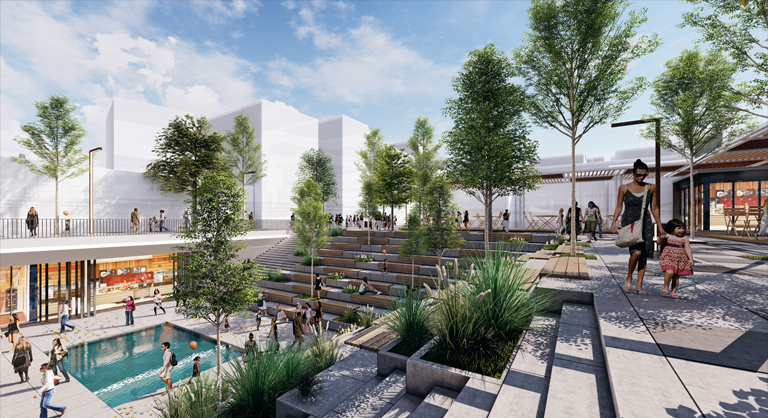 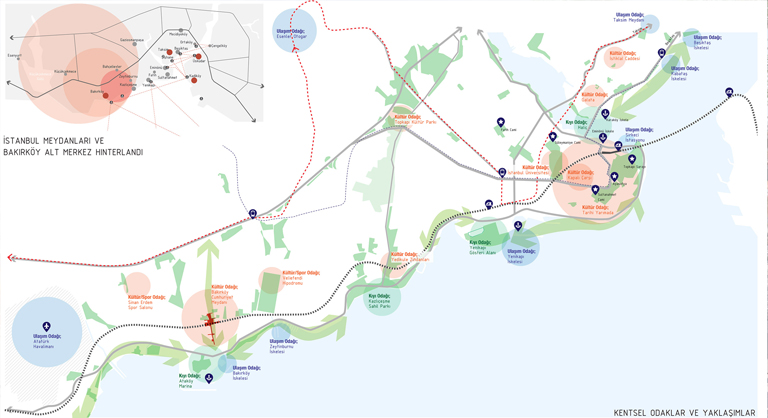 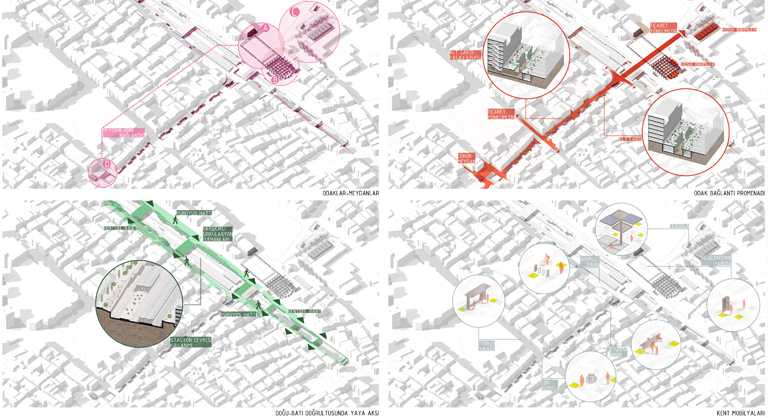 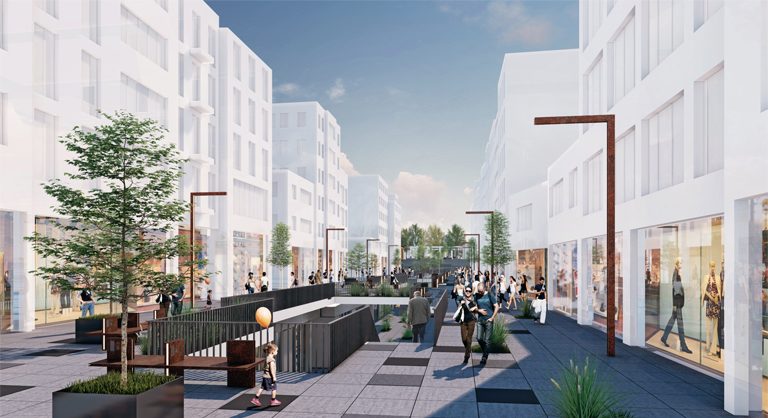 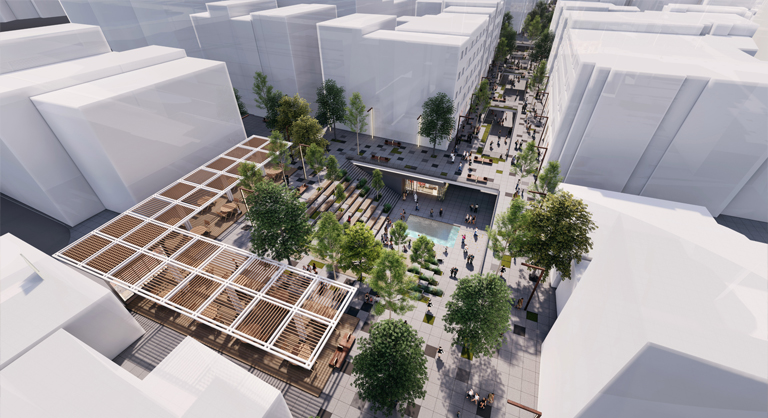 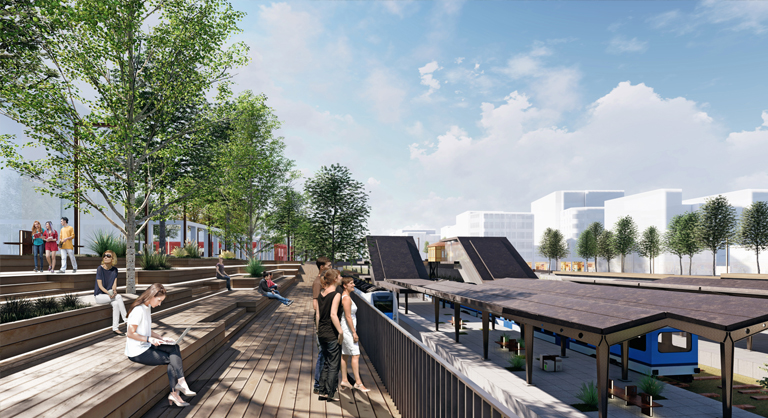 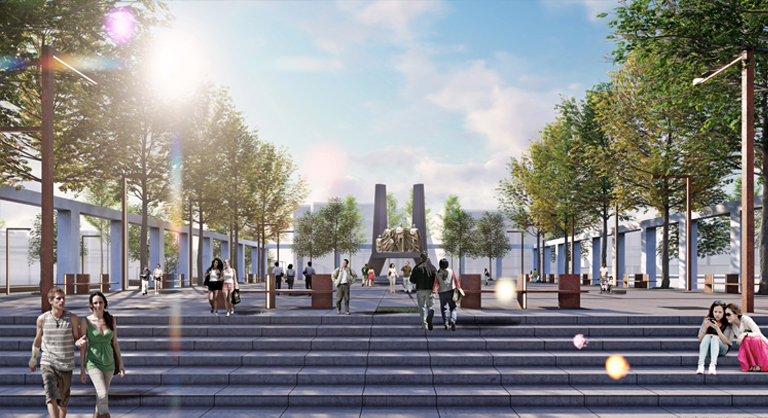 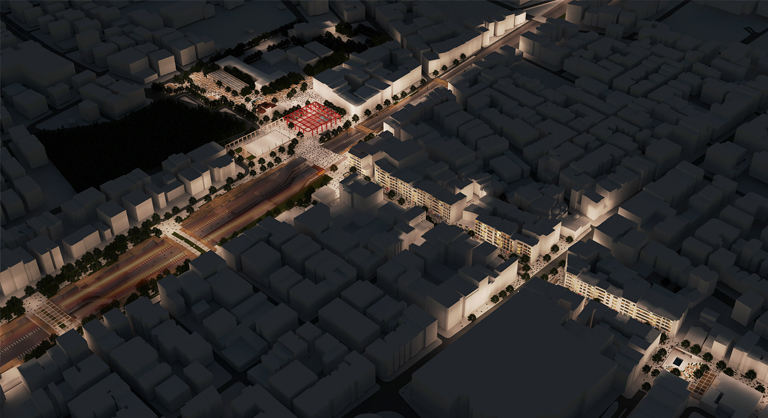 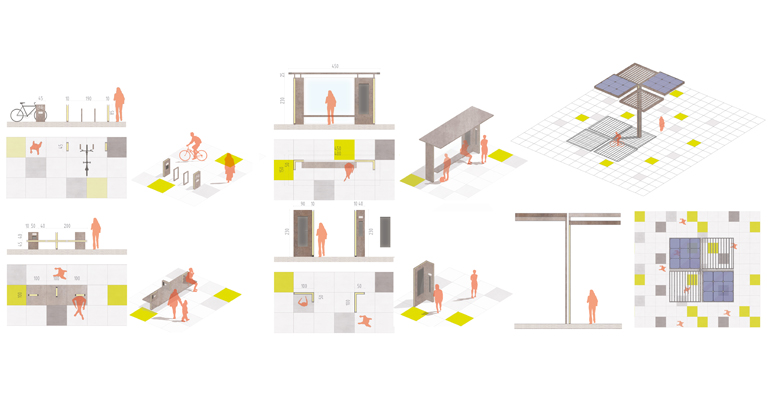 Bakirkoy, one of the most important sub-centers of Istanbul, one of the largest metropolises in the world with a population of approximately 16 million, explores the characteristics of Istanbul of the last quarter century, which rapidly became metropolitan while keeping the different traces of the Ottoman and the first Republic periods. Bakırköy has been transformed into one of the most important intersections of Istanbul on the basis of the population that has come with the rapid urbanization and migration since the 1950s. Today, Bakırköy has brought together different residential areas in the most important neighborhood with the rich cultural value bearing the traces of different cultures and religions, and has become one of the most important centers of the city. In this context, it is considered almost an epicenter of both socio-cultural and accommodation needs. In this context, the competition area, which can be considered as the center of Bakırköy, appears as a part of the city used by millions of people every day. Shopping malls in the vicinity are other factors that feed this intensive use. With all these features, Bakırköy Square is a square with a wide hinterland that also serves the districts of Istanbul’s western periphery. In the near future, the area where residential texture and vibrant business life intertwine will be an even more intensive-use city center with communication lines completed in the past and new ones will be added in a short time.

Bakırköy Cumhuriyet Square is located at the junction of the İncirli Avenue, which is connected to the E5 highway, which is one of the busiest transportation routes of the city, on the north-south axis, and the railway line that has been serving since the 19th century and crosses Istanbul in the east-west direction. Likewise, it is related to the foci found on the green texture along the coastline. In order to strengthen the connection of these foci with urban transportation arteries, the competition area acts as an intersection. Fahri Korutürk and Ebuzziya Streets, which were used as transport routes in the past, play an important role in connecting these coastline focuses to strong transportation axes. In this context, in fact, the competition area is located at the central intersection of different types of transportation roads serving the city in the east-west and north-south directions. In this context, Bakırköy Square and the competition area need to be handled together with its immediate surroundings. The first strategies for the competition area were shaped according to these features of the field.

Integration of city centers and reinforcement areas within the competition area but divided by transportation roads as a whole.

Creating urban areas that residents, citizens and visitors can use both on their own and together.

To make the city area, which was damaged by different public transportation vehicles and their stops and designed with a vehicle-oriented approach, pedestrian-oriented with a new transportation setup