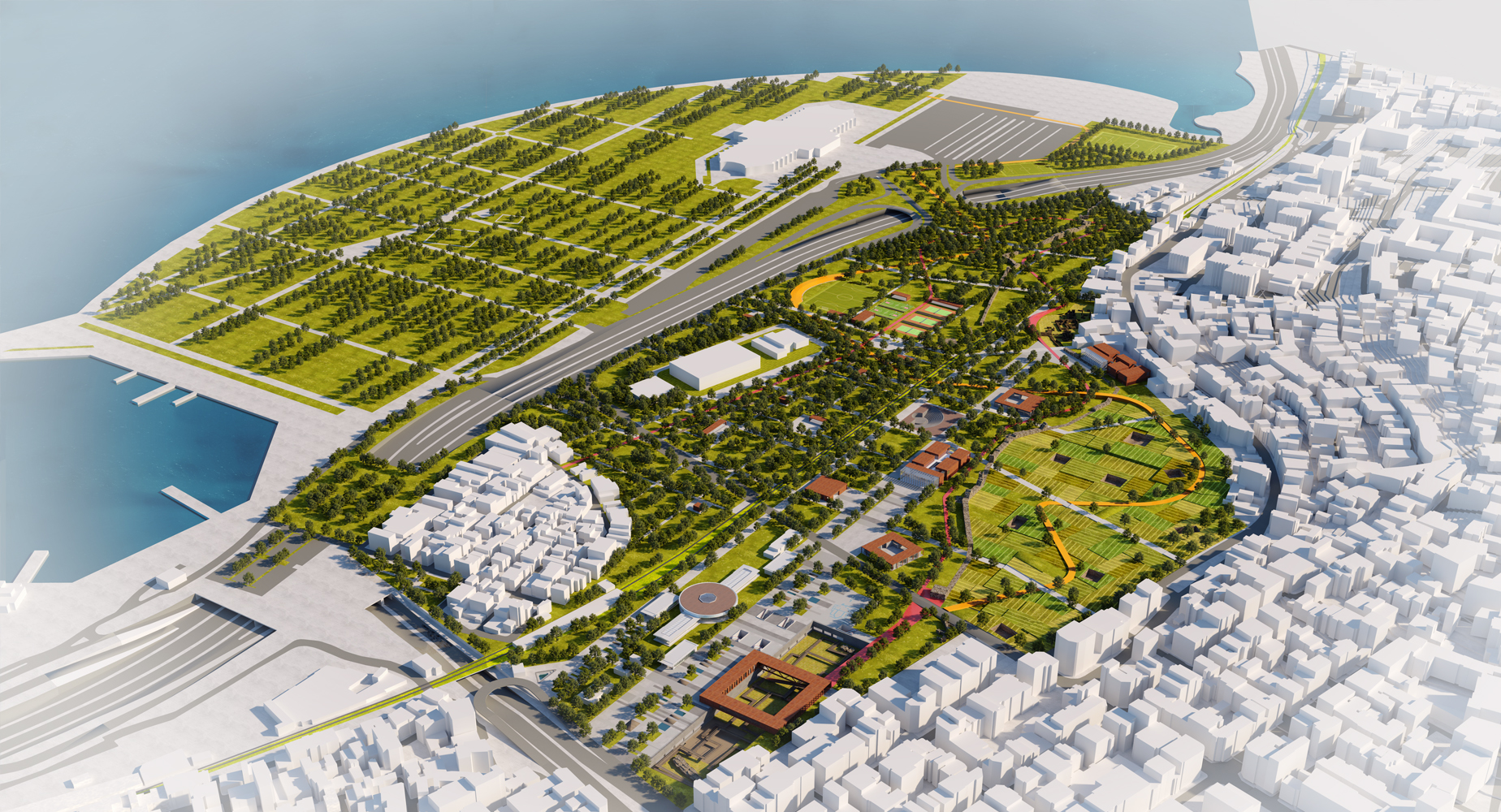 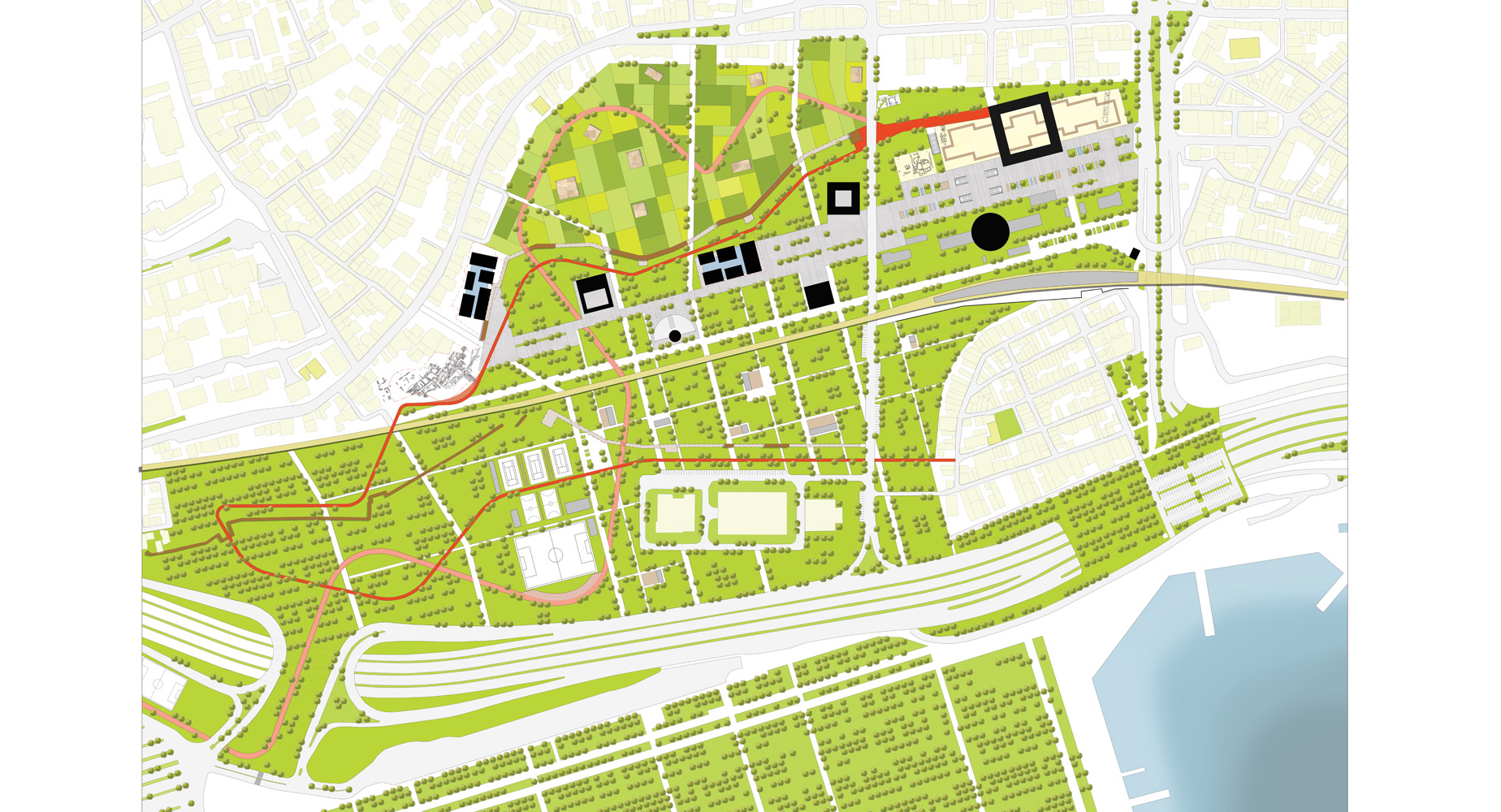 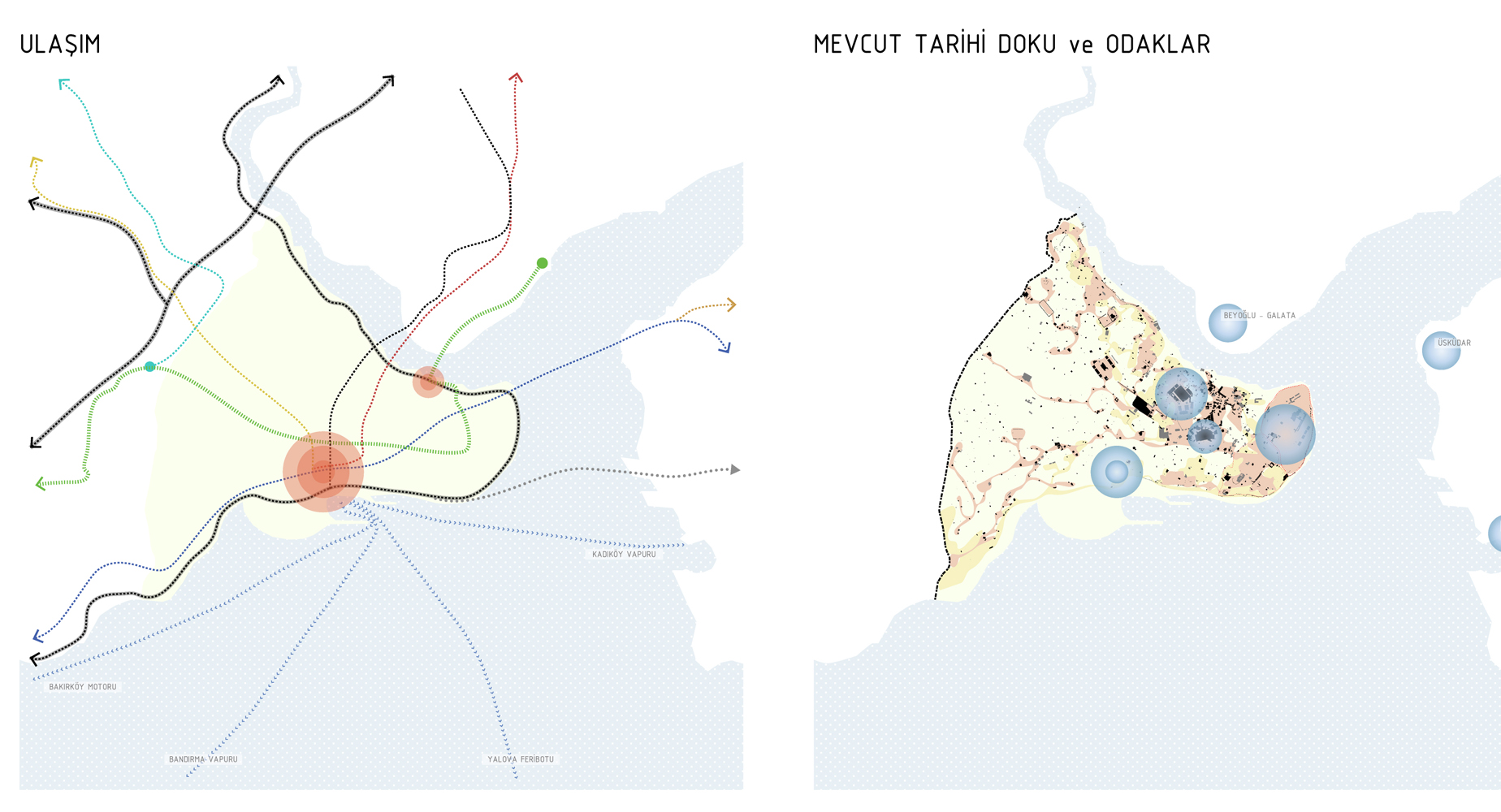 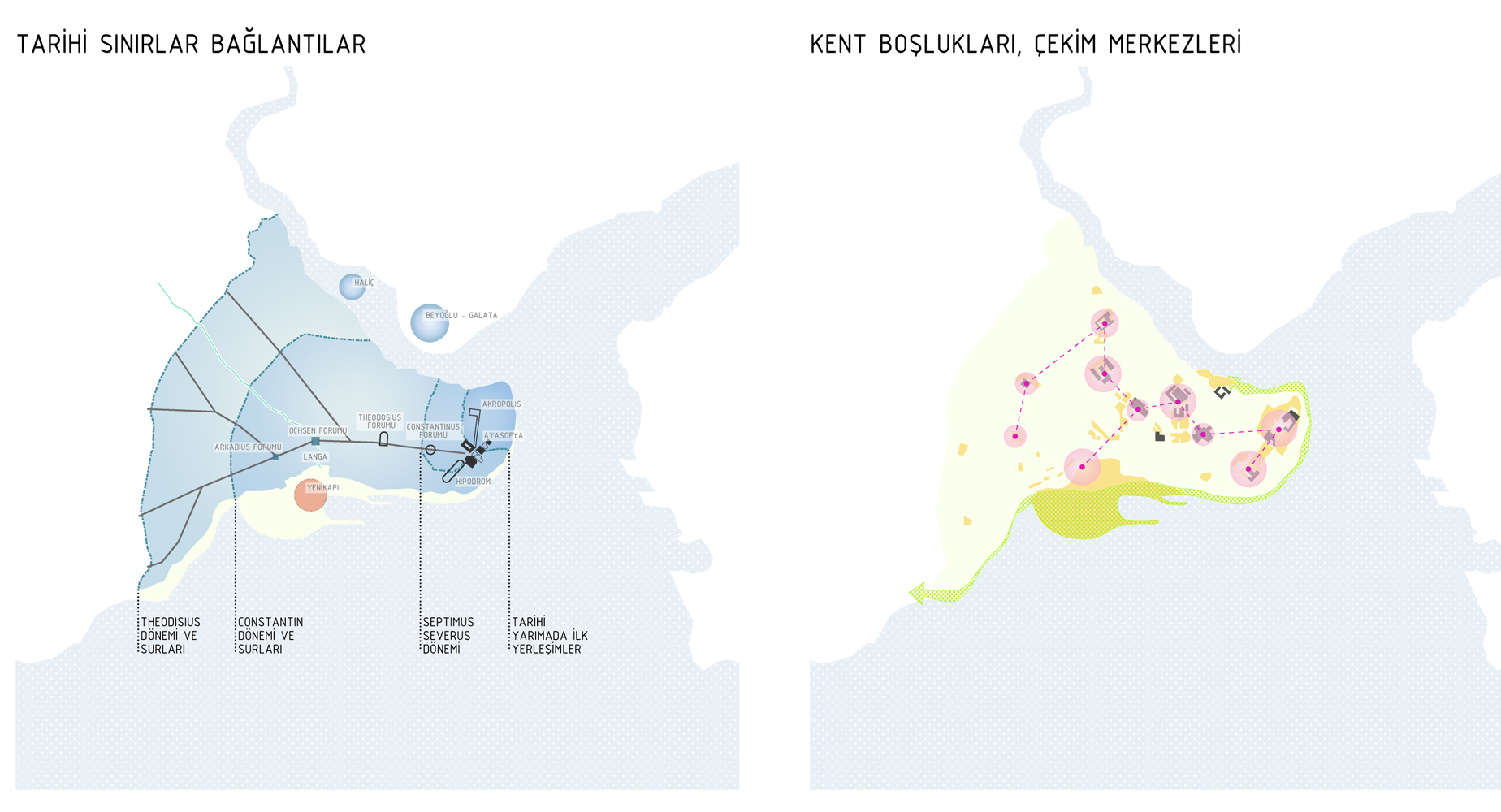 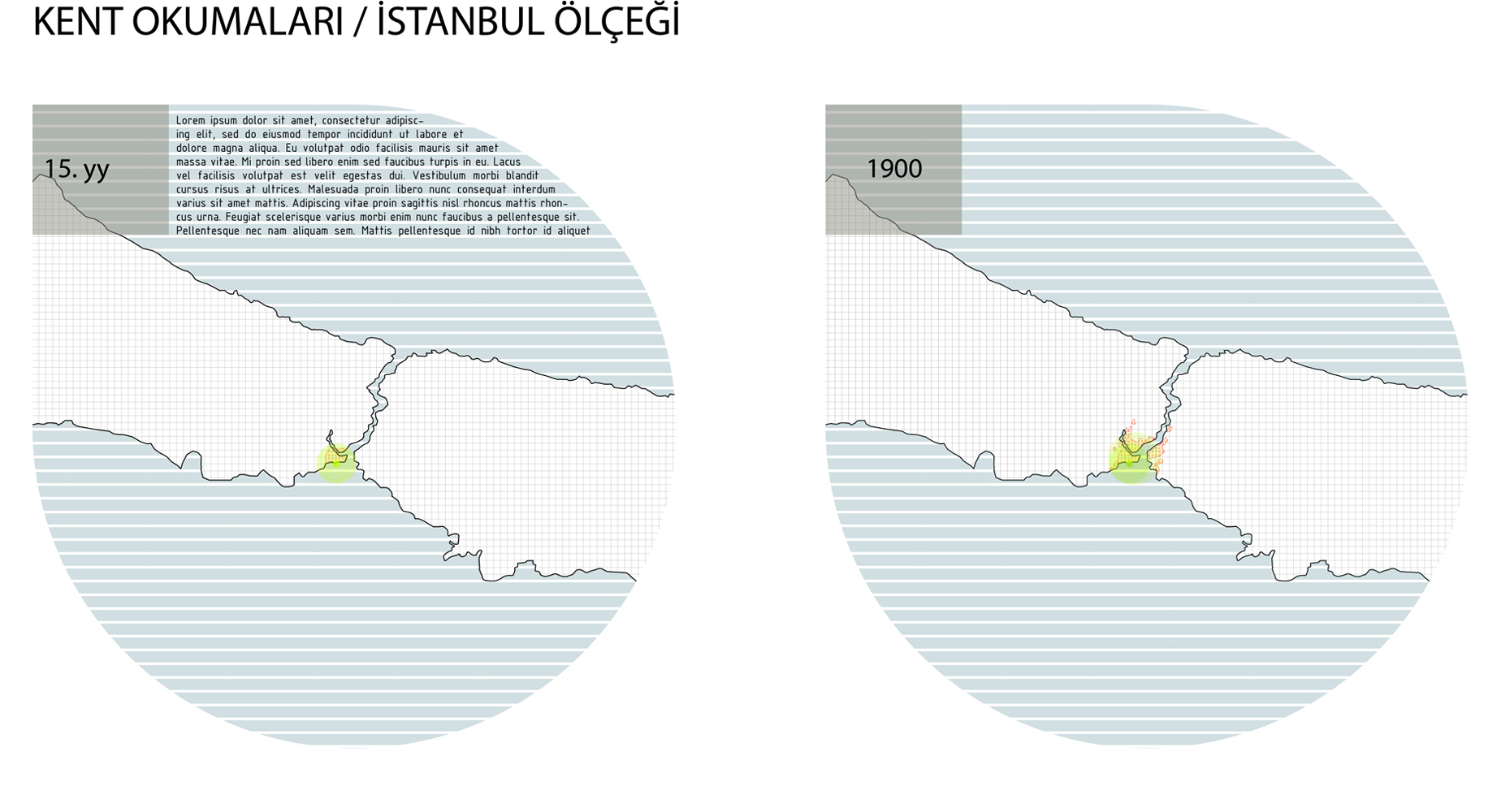 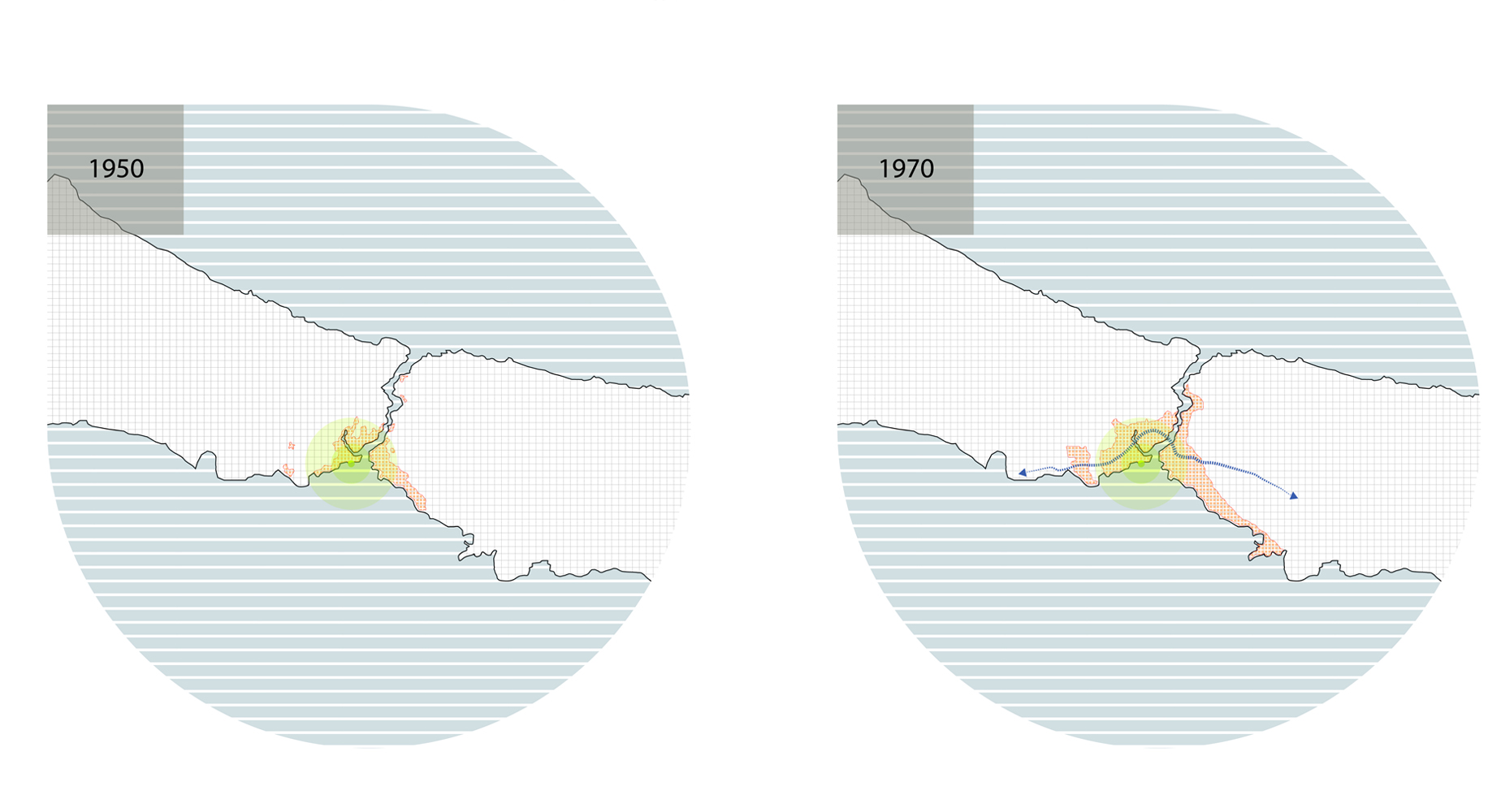 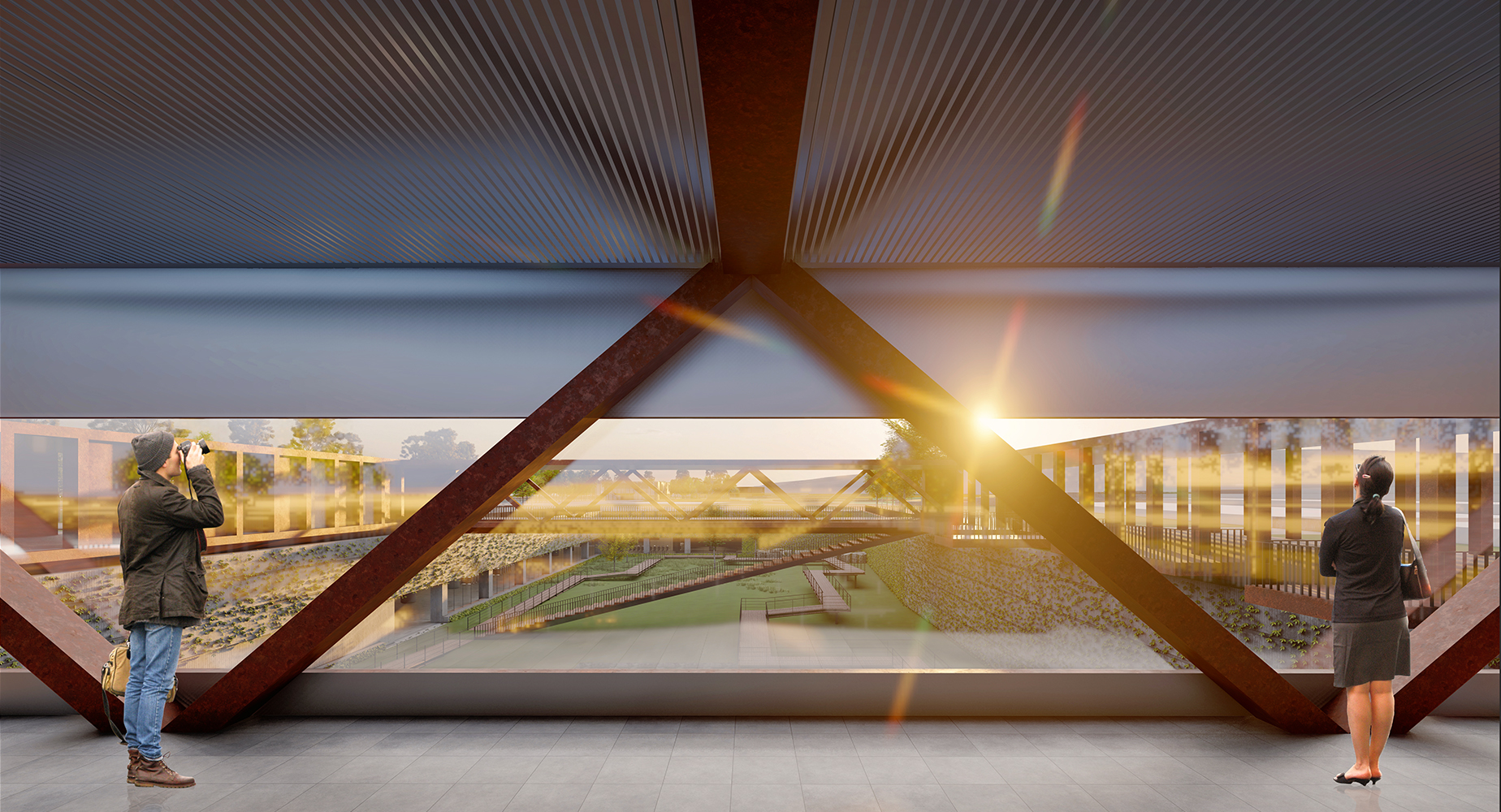 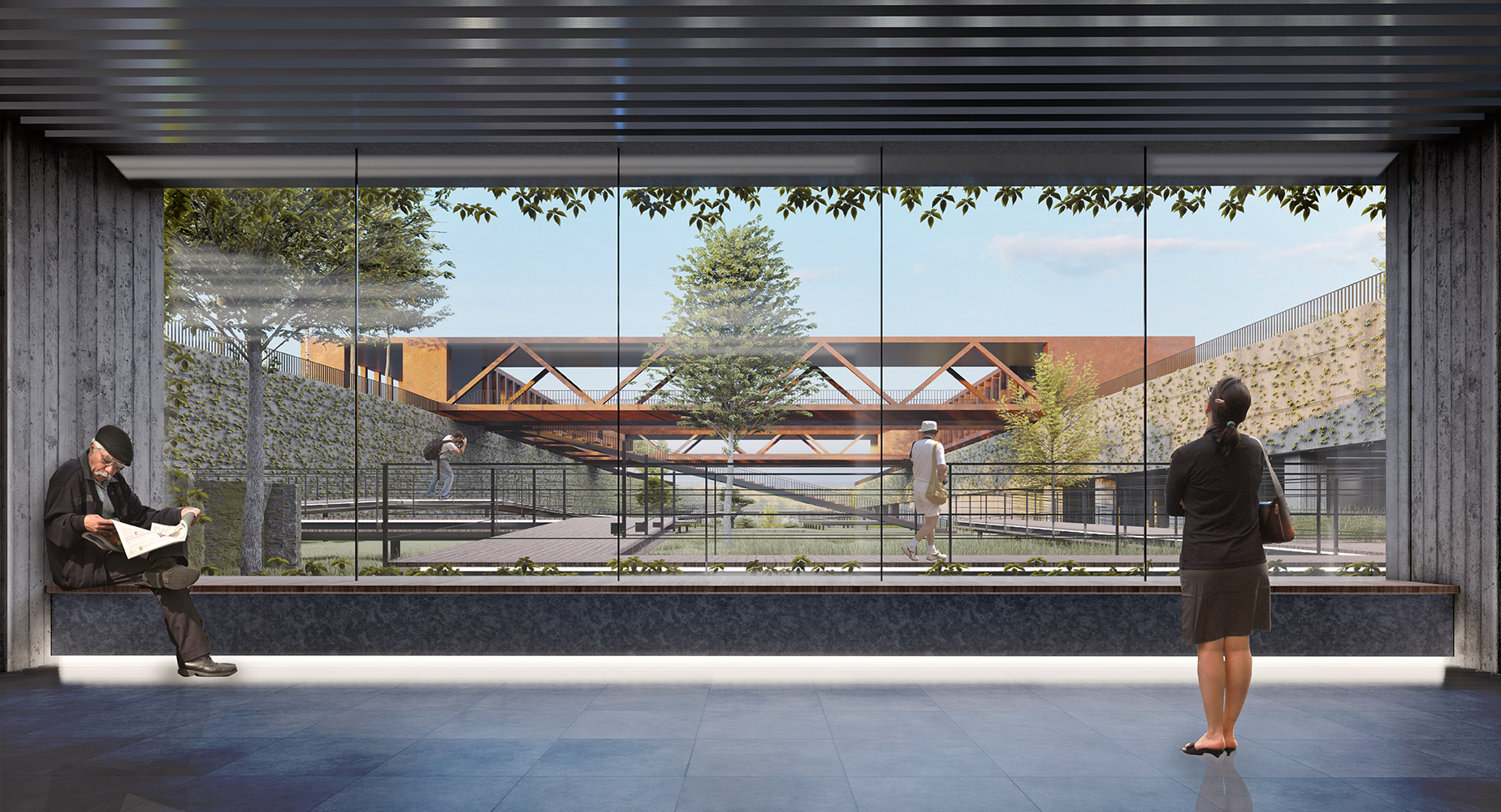 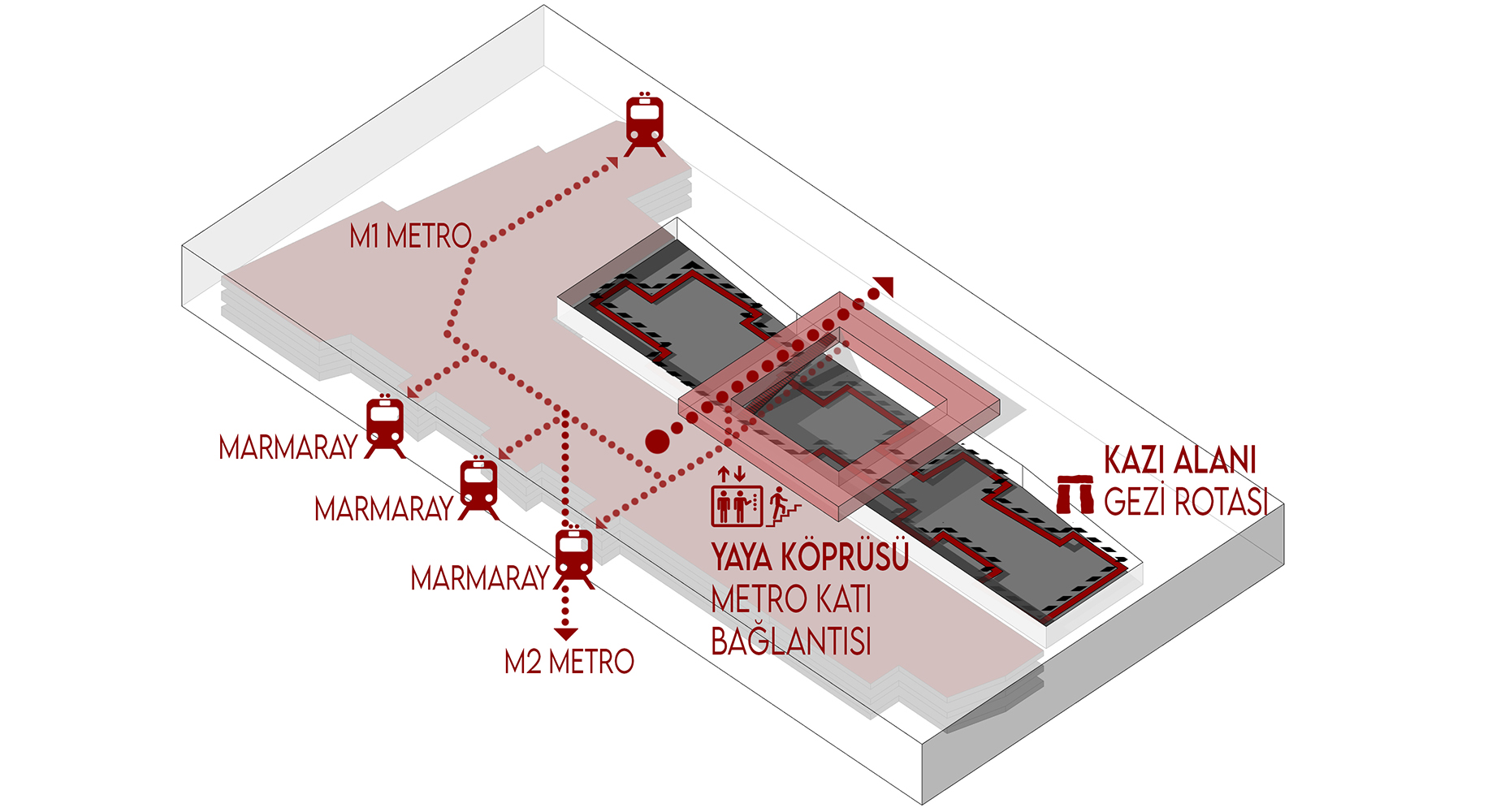 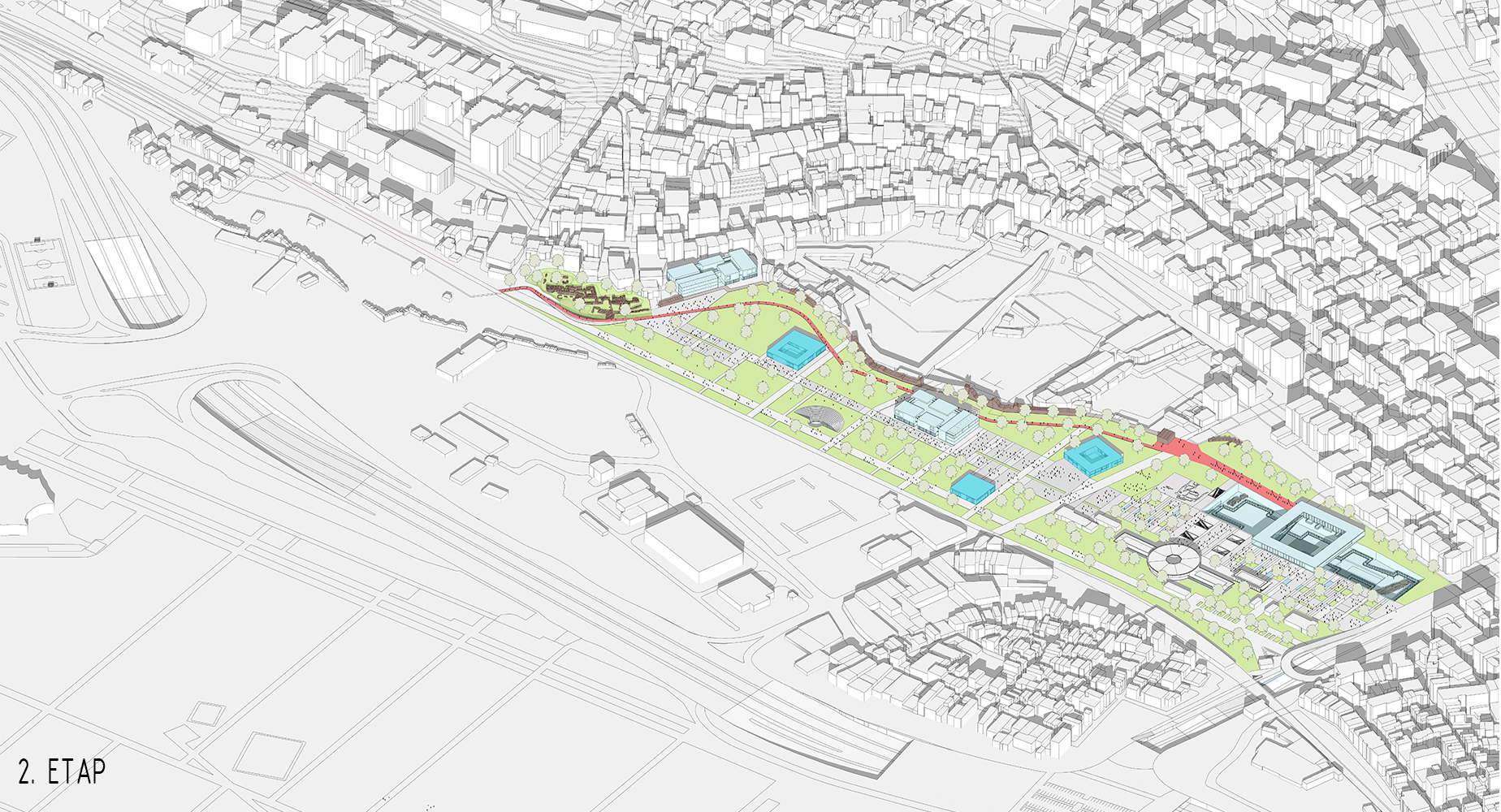 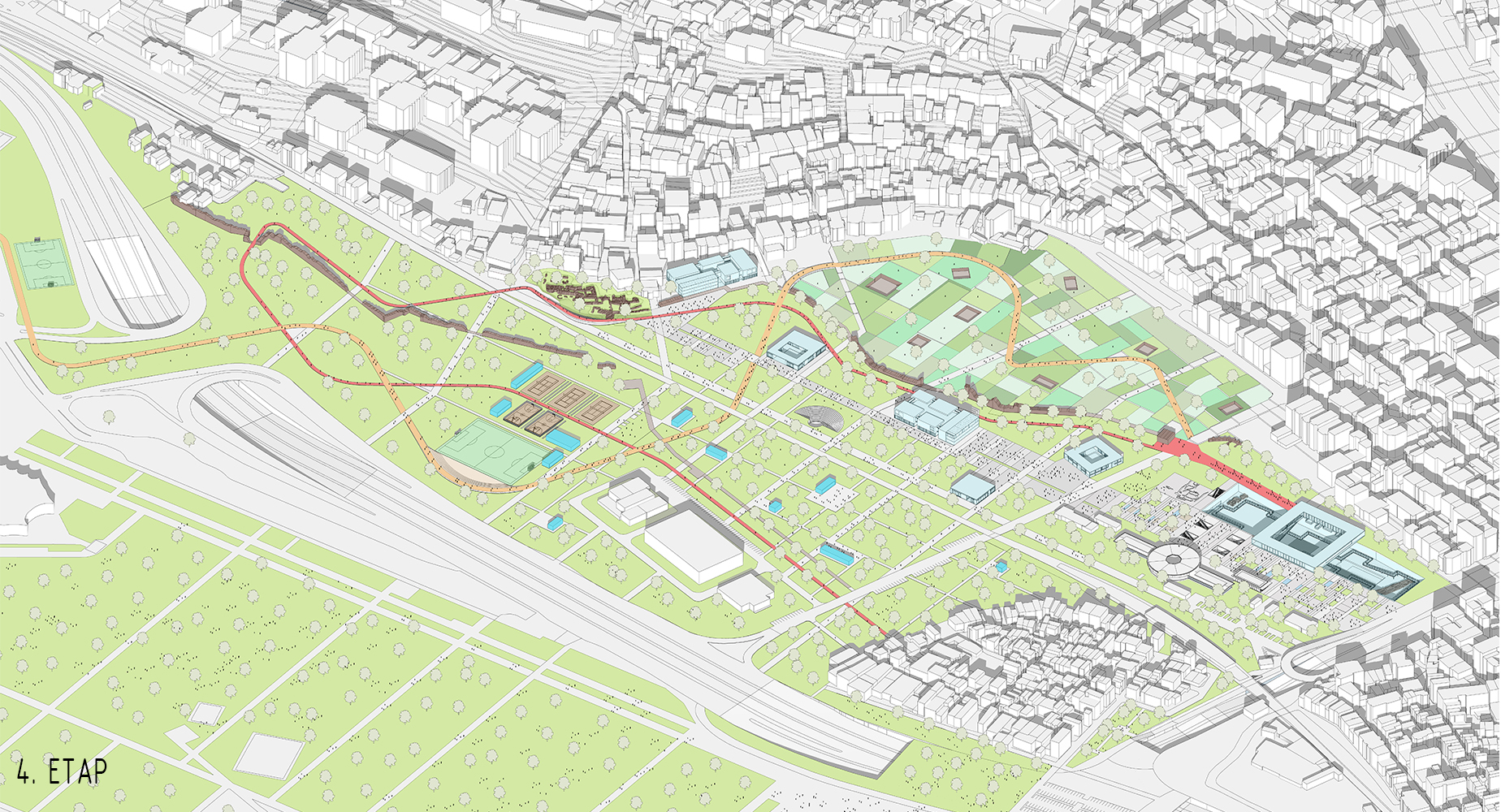 Today, Yenikapı Square appears as a part of the city surrounded by temporary parking areas and access roads, used only for the transition to the transportation systems it contains. In this sense, besides being unable to create its own identity, it cannot reflect its historical richness. In this context, we believe that the main purpose for the project area and its immediate surroundings is not only a transformation specific to the competition area and focal points, but also a transformation strategy with the immediate surroundings of the area on a larger city scale. A transformation strategy, which will be divided into years and stages, to be completed in the near future, is the only way for this valuable area to truly join the city with its own richness. In this context, an urban design approach should be developed in line with the sub-strategies determined, and this area, which is stuck in itself, should be transformed into a city and archeology park, which acts as a catalyst that enriches its environment and adds value to the city. The strategies determined in this direction are listed as follows.

A- Creating a Holistic City Square Transforming today’s Yenikapı Square into a city square for a more holistic city/archaeological park, as well as being a transition area to transportation systems.

B- Telling the Historical Value To be able to explain the historical value of the area they are in to the citizens and visitors, and to create urban and architectural programs in line with this purpose.

C- Creating an Archaeological City Park To create an archaeological city park open to the use of the citizens, starting from Yenikapı Square, taking into account the possible future excavations, in the whole area surrounded by Istanbul walls and having a rich archaeological richness.

D- The Relationship between the Beach Band and Yalı Neighborhood Connecting this area, which has been disconnected from the sea with the fill roads and areas built in the recent past, with the coast and connecting it to the recreation area along the coast.